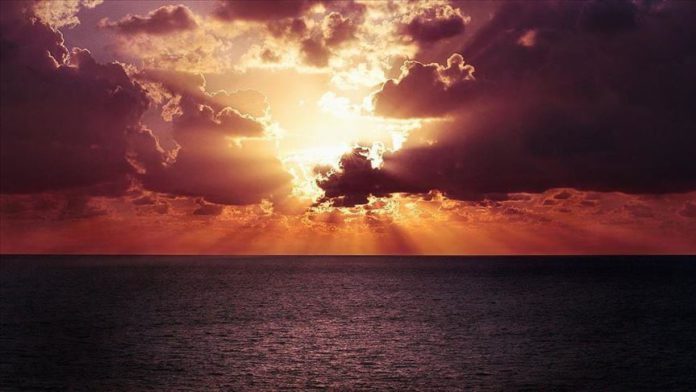 The COVID-19 pandemic presents a “once in a lifetime opportunity” for the biggest experiment ever to find out what happens when humans are removed from the oceans, David Jones, CEO of Just One Ocean, told Anadolu Agency.

“The reduction in fishing has allowed fish stocks to recover for a short time and less boat traffic has reduced turbidity in coastal areas and allowed seagrass and marine vegetation to flourish,” Jones said.

Jones is a diver, underwater photographer and researcher at the University of Portsmouth. In 2014, he founded the UK charity Just One Ocean to raise global awareness of issues facing marine and coastal environments in order to protect and conserve them for future generations.

“Shipping reductions off the coast of Vancouver have reduced the noise levels by 5 decibels – what the impact of that will be on the whale population we don’t yet know but it is likely to be a good thing,” he said.

In 2008, the UN General Assembly designated June 8 as World Oceans Day, which was first proposed in 1992 at the Earth Summit in Rio de Janeiro.

Oceans cover three-quarters of the Earth’s surface and represent 99% of the planet’s living space by volume. They are not just important for trade and transportation, but necessary for human survival, not least the food we eat and most of the oxygen we breathe.

But acidity levels have increased by 26% since the start of the industrial revolution. Overfishing, marine pollution and ocean acidification all need to be reduced to protect oceans.

“Careful management of this essential global resource is a key feature of a sustainable future,” according to the World Oceans Day website. “However, at the current time, there is a continuous deterioration of coastal waters owing to pollution and ocean acidification, which has an adversarial effect on the functioning of ecosystems and biodiversity.”

Despite nature’s temporary respite from troublesome human inhabitants, Jones is cautious about the post-coronavirus future.

“Unfortunately, all of these positive environmental impacts are only temporary if we return back to business as normal. Sustainability is about maintaining a balance between the environment, economy and society and when the economy has been hit so hard it is difficult to see how the emphasis will be placed on anything other than the economy,” he said.

Jess Rattle, head of communications at the Blue Marine Foundation, told Anadolu Agency the coronavirus lockdown has potentially led to an end of overfishing in European waters in 2020.

The Blue Marine Foundation is a UK charity dedicated to restoring ocean health by combating overfishing and the destruction of biodiversity.

“However, the fishing industry in Europe is clamouring to be allowed to catch 25% more fish next year to catch up,” she said. “This is madness.”

“The current global marine protected area total is around 7 percent of the ocean compared with an agreed target of 10 percent by 2020,” Rattle said. “It is vital that we protect at least 30% of the world’s ocean by 2030 – because scientists say that is crucial to protect fish stocks, biodiversity and in order to help mitigate the impacts of climate change.”

“However, despite making up nearly two-thirds of the world’s ocean, the high seas – the areas beyond national jurisdiction – still do not have adequate legal mechanisms to protect them,” she said.
Jones argues the world should go further: “Stopping overfishing, pollution, and habitat destruction are the key challenges – but they should not be limited to 30% of the ocean,” he said.

Rattle said Britain was playing a pivotal role on the world stage. “The UK government has shown great leadership when it comes to protecting the ocean, and was the first G7 country to commit, in September 2018, to protecting 30 percent of its waters by 2030,” she said.

“As a newly independent coastal state, we hope to see the [British] government take the lead in putting a stop to overfishing, both domestically and in international waters. Having its own seat at the table of regional fisheries management organizations like the IOTC [Indian Ocean Tuna Commission] will enable the UK to speak out against overfishing and to save over-exploited stocks like the Indian Ocean yellowfin tuna from collapse.”

The UN said World Oceans Day aims “to inform the public of the impact of human actions on the ocean, develop a worldwide movement of citizens for the ocean, and mobilize and unite the world’s population on a project for the sustainable management of the world’s oceans.”

“World Oceans Day is a great way to focus the world’s attention on the impact that we are having on the marine environment and what we can do to help,” Rattle said. “Overfishing is still one of the greatest threats facing our oceans and it is important to take the time to understand where one’s seafood has come from and how it was caught. This level of concern for our oceans should not be limited to one day, but we hope that awareness raised on World Oceans Day will contribute to an overall increase in responsible sourcing that lasts throughout the year,” she said.

Jones agreed that World Oceans Day has raised awareness, but “unfortunately the biggest problem facing the oceans is the fact that the vast majority of people think that someone else will sort out the problem.”

“After nine weeks of lockdown the beaches in the UK were covered in rubbish when the first opportunity came to go to the beaches,” he said. “For hundreds of years, we have seen the ocean as something for us to use as we see fit. We take its resources without consideration, we throw our pollution into it without a second thought.”

“However, without the ocean, life on land cannot exist. Having a healthy ocean is essential to our future and we need to give it the respect it deserves or future generations will pay the price,” he said.