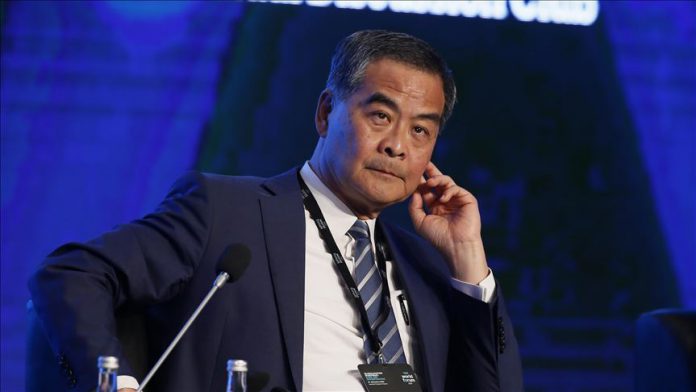 Blaming radicalization of the youth through the medium of internet responsible for the continued protests in Hong Kong, a former leader of the region claimed that the city was enjoying a unique autonomous status more than any other cities in the world, be that London, Paris, New York or Tokyo.

Hong Kong has been facing violent protests since July with around 2,400 people detained so far and dozens more injured.

“A third of the people arrested in the last four months are below the age of 18. And they have been radicalized on the internet and in certain schools,” former Chief Executive of Hong Kong, Leung Chun-ying, told Anadolu Agency in an interview in Istanbul.

Leung, the predecessor of current Chief Executive Carrie Lam, was in office between 2012-2017.

The ongoing protests, which disrupted the world’s trade hub, started with the demand of withdrawal a proposed law that would have allowed extradition of suspects to mainland China.