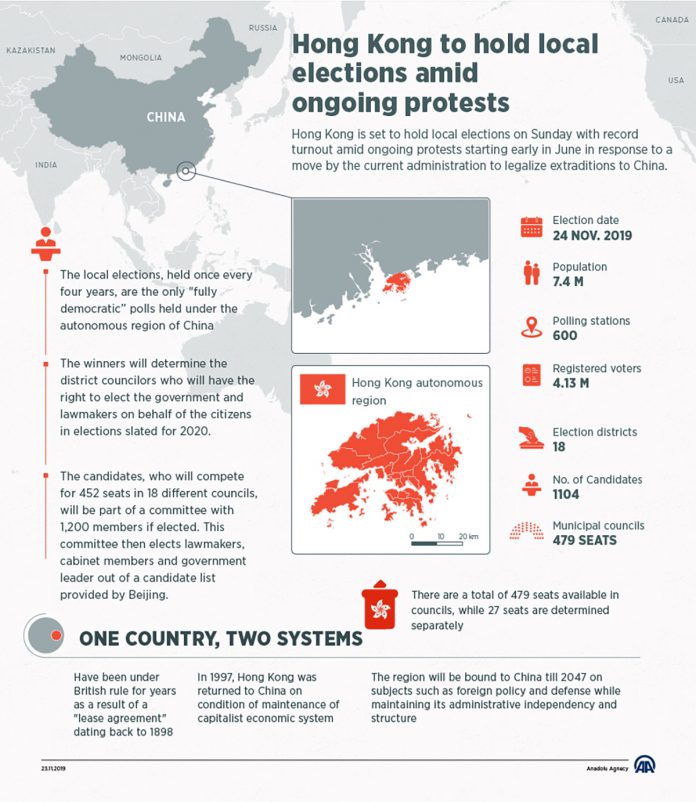 Hong Kong is set to hold local elections on Sunday with record turnout amid ongoing protests starting early in June in response to a move by the current administration to legalize extraditions to China.

The local elections, held once every four years, are the only “fully democratic” polls held under the autonomous region of China with a population of 7.4 million. Protesters, who view the government led by Chief Executive Carrie Lam as a “puppet” of China, see the ballot as a great opportunity to change the political climate in the city.