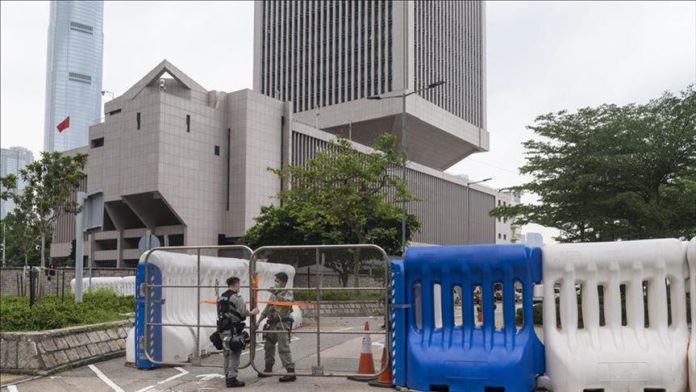 Hong Kong will continue to handle its own national security trials when a new pending security law is introduced, a top official said Tuesday.

Lam added that the regional government would set up a committee to handle such cases.

Hong Kong, a semi-autonomous region under China since 1997, witnessed large-scale protests last year against a move to legalize extradition of accused persons to mainland China.

The US, UK, Australia and Canada have expressed “deep concern” over Beijing’s decision to impose a national security law on Hong Kong.

Beijing rejected these concerns, warned them to refrain from meddling in the “internal issue” of Hong Kong.

The new law also empowers the enclave’s chief executive to appoint judges, which Lam defended according to a report by the Hong Kong Free Press news website.

“The proposed law would allow the chief executive to draw up a list of judges from different levels of courts, rather than assigning individuals to handle particular cases,” she said.

“When there are national security cases, the judicial branch is still responsible for allocating judges from this list to hear them.”

According to Hong Kong’s Basic Law, which serves as the region’s constitution, Article 48 stipulates that the chief executive shall base the appointment of judges on recommendations provided by an independent commission comprised of legal sector personnel.

“The designated judges mentioned in the national security legislation still come from those who have been through this process. To put it simply, the chief executive does not pick a random person on the street and appoint him as the judge,” Lam said.