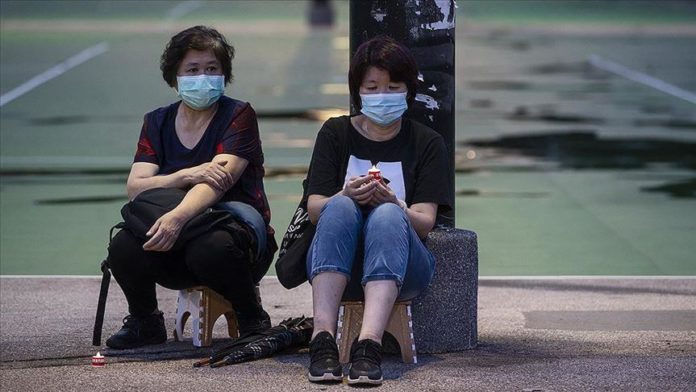 The novel coronavirus cases in Hong Kong hit another record over the past 24 hours, authorities said on Sunday.

According to Hong Kong’s Centre for Health Protection, 133 more infections were recorded in Hong Kong, the highest daily figure since the outbreak in the city, raising the overall count to 2,506.

Two more virus-related fatalities took the COVID-19 death toll up to 18, while 37 patients are critical in the hospitals, the center said.

During the past four weeks, the semi-autonomous city reported 1,099 cases, showing a big spike in recent days.

Previously on Saturday, the city recorded 123 new cases, and among the total confirmed infections, 996 cases were imported, including those recently returned from abroad with around 80% of them from India, according to the center’s statistics.

Some 1,455 patients have successfully recovered and discharged from the hospitals.

In a statement, the health protection center urged people to stay indoors and avoid all non-essential travel outside the territory, warning that the virus outbreak remains “severe” around the world.

“In view of the severe epidemic situation, the Hong Kong’s Centre for Health Protection calls on members of the public to avoid going out, having social contact, and dining out. They should put on a surgical mask and maintain stringent hand hygiene when they need to go out,” read the statement.

A total of 46 new cases were reported on the Chinese mainland over the past 24 hours, with 22 of them in the Xinjiang autonomous region, home to the majority-Muslim Uighur community, according to National Health Commission of China.

After around five months of no COVID-19 cases, infections have spiked in Xinjiang, with 137 new cases recorded over the last 10 days.

Most cases in the northwestern Chinese province have been reported in its capital Urumqi, where strict restrictions have been imposed to curb the virus’ spread.

The remaining 24 new cases, 11 of them were imported, reported from Mongolia autonomous region, Guangdong province, Tianjin municipality, Fujian province, Shandong province and Liaoning province, according to the health commission.