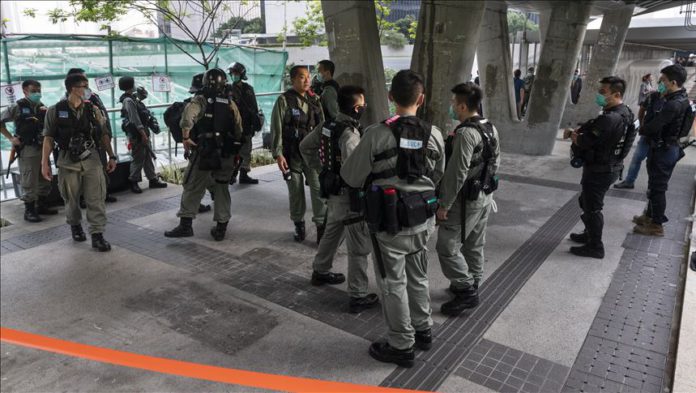 According to Radio and Television Hong Kong, police picked up lawmakers Ted Hui and Lam Cheuk-ting from their houses early morning for their alleged involvement in protests outside Tuen Mun police station last July.

In a statement, the party condemned the arrests and rejected the charges against its lawmakers of involvement in any attacks.

“The Democrats reiterate that the indiscriminate persecution will not help solve the plight of Hong Kong, and call on those in power to change the situation,” the statement said.

The arrests came after a new security law passed by China’s National People’s Congress came into effect in Hong Kong on July 1.

The legislation has drawn criticism within Hong Kong and in the international community, which Beijing has dismissed as “foreign intervention.”