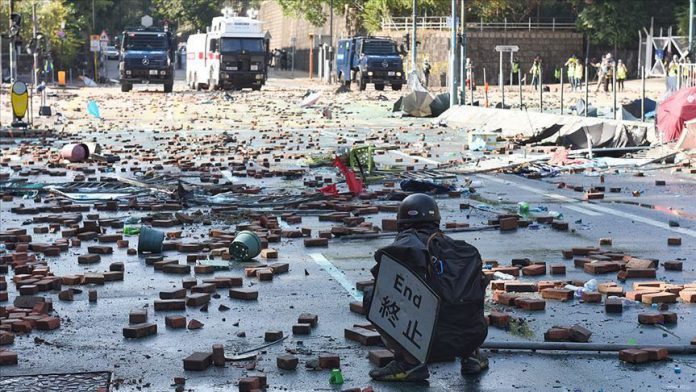 Dozens of protesters were detained on Monday as Hong Kong police lay siege to a university, local media reported.

The Hong Kong Polytechnic University occupied by protesters since last week has become a hotspot of clashes in the more than five months long political unrest.

“We saw a fiery blaze engulf the gates to our university. Several thousand have been trapped on campus after the police surrounded the school and blocked all exits at around 7:30 p.m. [1130GMT] on Sunday,” Oiwan Li, a student representative told a news conference on Monday, the Hong Kong Free Press reported.