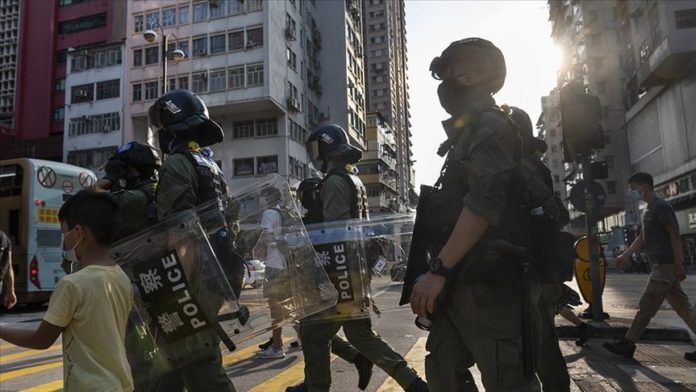 Hong Kong police have barred groups from holding a march on July 1, the 24th anniversary of the former British colony’s handover to China, citing risks posed by the coronavirus pandemic, state-run media said.

In a rejection letter to the League of Social Democrats, Tin Shui Wai Connection, and Save Lantau Alliance, police said public assemblies and marches are high-risk activities, according to the Radio Television Hong Kong (RTHK).

“The police have reasons to believe that holding the activities would not just increase the risk of participants and other citizens getting infected, it would also pose grave threats to the lives and health of all citizens, endangering public safety and affecting the rights of others,” the force said.

For years, thousands of Hongkongers took part in July 1 marches to voice their demands on a variety of political issues.

Authorities in Hong Kong have arrested many for holding rallies besides detaining journalists who are facing probe over “collusion with foreign forces.”

The development comes days after the forced closure of Apple Daily, a populist, pro-democracy daily. Its end came following raids, the arrest of senior journalists, and the freezing of its assets.

Senior government officials will attend a flag-raising ceremony and a reception on Thursday to celebrate the anniversary of the establishment of the Hong Kong Special Administrative Region.

According to a statement, a police band will perform at the ceremony, and two singers, Apollo Wong and Li Yang will sing the national anthem, followed by a fly-past and a sea parade by the disciplined services.

In view of the current public health risk, no public viewing area will be set up for the flag-raising ceremony.