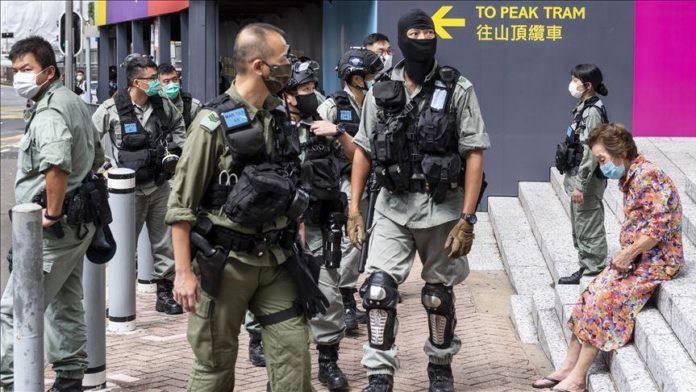 The suspected detainees allegedly planned to blow up courts, tunnels and railways in Hong Kong, the state-run RTHK reported.

They include five male and four female suspects, aged between 15 and 39.

Senior superintendent Steve Li from the national security department of the Hong Kong Police Force said they “found explosives, chemicals that could be turned into bomb-making equipment in a hostel room” in the Tsim Sha Tsui area of the city.

The report also quoted police as saying that helmets, shields, air guns, and walkie-talkies had been found as well, along with funds of around $77,241.48 in the bank.

Li said the suspects belong to a pro-independence group known as Returning Valiant.