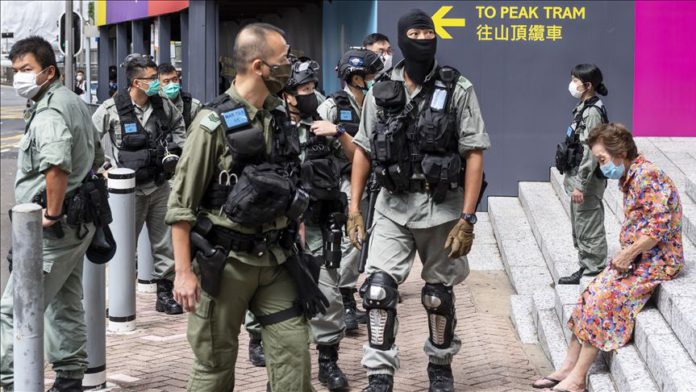 Top media practitioner and founder of Apple Daily tabloid in Hong Kong, Jimmy Lai Chee-ying was arrested at his residence on Monday, according to local media.

Jimmy was arrested on suspicion of foreign collusion under newly imposed national security law at his residence in Ho Man Tin area along with six others including his son, daily South China Morning Post reported.

The police also raided office premises of the Apple Daily.

The arrest and raid on the media office was termed “darkest day for press”.

“This is the end of press freedom and darkest day of journalists,” said Joshua Wong, popular Hong Kong activist who recently stepped down as Secretary-General of pro-democracy group Demosisto.

However, the police said it had search warrant for the action against the media moghul.

“HK [Hong Kong] police entered and searched a building in Tseung Kwan O in accordance with a warrant issued by a magistrate to gather evidence for offences related to #NationalSecurityLaw,” the Hong Kong police said.

The police action against media in Hong Kong came about one month after China implemented its national security law in the semi-autonomous region on July 1.

It criminalizes anti-China sentiments in the region, which has continued to serve as a vibrant economic hub after the UK handed it over to Beijing in 1997 under a vow that it would enjoy a “high level of autonomy” for 50 years.

The US also imposed sanctions on Hong Kong Chief Executive Carrie Lam and her colleagues for “undermining autonomy of Hong Kong”.