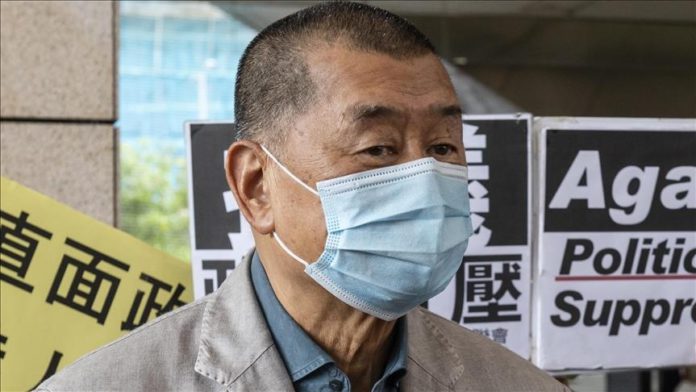 The top court in Hong Kong on Tuesday refused to release media tycoon Jimmy Lai on bail arguing that a former judge, who had earlier granted bail, “never made a proper assessment under the national security law provision.”

A 35-page written judgment by five judges of Court of Final Appeal upheld an appeal by Hong Kong government against the bail plea by Lai, 73, who is tried on allegations of fraud and foreign collusion under national security law, Hong Kong Free Press reported.

The Apple Daily founder has been in jail since late last year and was granted bail and placed under house arrest by High Court Judge Alex Lee for a $1.29 million surety bond on Dec. 23, but was re-arrested soon after.

The Hong Kong Department of Justice had opposed Lee’s decision.

The judges said paragraph 2 of Article 42 of the National Security Law created a “specific exception to the general rule in favor of the granting of bail and said the provision imported a stringent threshold requirement for bail applications.”

The judgment report explained that Article 42 says “no bail shall be granted to a criminal suspect or defendant unless the judge has sufficient grounds for believing he or she will not continue to commit acts endangering national security.”

It further added that Judge Lee “misconstrued the provision and misapprehended the nature and effect of the threshold requirement in the security law.”

“Lee never made a proper assessment under the security law provision,” the top court observed.

“In the Judge’s ruling granting bail to the respondent, he applied this erroneous line of reasoning and his approach was clearly inconsistent with the court’s analysis in this judgment and could not be supported,” it added.

The judges said Lai’s team can make a “fresh application” for bail.