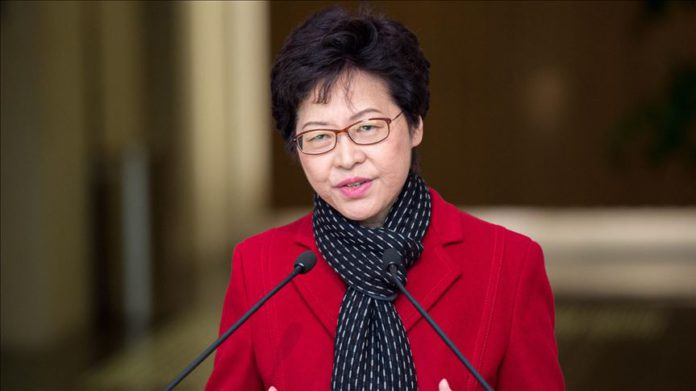 She said that China’s National People’s Congress has the constitutional power and the duty to enact national security legislation for Hong Kong.

In a video message to the 44th session of the UN Human Rights Council, Lam said: “Hong Kong is an inalienable part of China – a special administrative region enjoying a high degree of autonomy which comes directly under the Central Government.”

Her remarks came after China formally approved a national security law for Hong Kong earlier Tuesday to rein in the semi-autonomous region after months of protests last year.

She said that “as an exceptional arrangement under the policy of ‘One Country, Two Systems’, the Basic Law governing the two Special Administrative Regions of Hong Kong and Macao obliges them to enact local legislation on its own to safeguard national security.”

The new law is expected to come into effect on July 1, the 23rd anniversary of the city’s handover to China from the British rule.

She said that “the threats of terrorist acts posed by illegal possession of explosives and firearms and the horrible menace faced by innocent Hong Kong people” had been recapped by a police colleague and a prominent businesswoman Pansy Ho when they spoke at the Human Rights Council in March this year and September last year.

“Once rated as one of the safest cities in the world, security and stability have become relevant concerns,” said Lam.

68% of India’s capital procurement budget earmarked for domestic industry in...