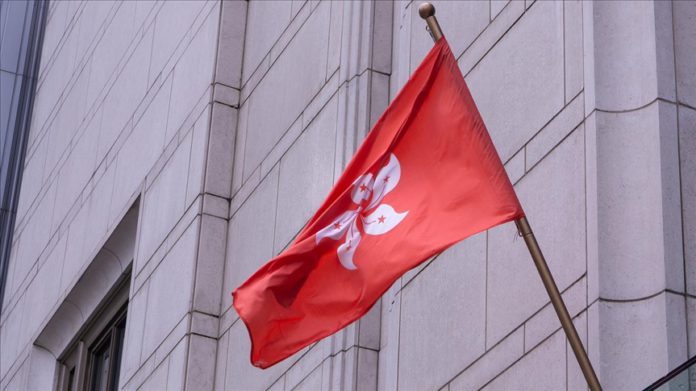 More than a year after it came into effect, Hong Kong on Tuesday announced the first conviction under the controversial national security law.

Handpicked judges issued the verdict in the case pertaining to Tong Ying-kit, who earlier worked at a restaurant, declaring him guilty of “inciting secession and terrorism” under the law, according to a statement by the court.

Tong, 24, is the first person to be formally convicted of such charges since the controversial law was imposed by China in the semi-autonomous region on July 1 last year – the same day when Tong was arrested.

He was accused of driving his motorbike into a group of police officers in Wan Chai area of the region while flying a black and white protest flag that read “Liberate Hong Kong, Revolution of our Times”.

“Such display of the words was capable of inciting others to commit secession,” the judges observed.

They added: “The Defendant’s (Tong) failure to stop at all the police checklines, eventually crashing into the police, was a deliberate challenge mounted against the police, a symbol of Hong Kong’s law and order.”

The judges are yet to announce the period of punishment but the jail term under the national security law for secession can be life imprisonment.

His trial had run through Tuesday for 15 days until the verdict was issued.

Judges Hon Toh, Anthea Pang and Wilson Chan JJ declared Tong “carried out those acts with a view to intimidating the public in order to pursue political agenda.”

On the first anniversary of the implementation of the security legislation, Amnesty International late last month said Beijing’s year-old national security law has “created a human rights emergency” in the territory.

After massive anti-government protests in 2019, China imposed the law on July 1, 2020, followed by electoral reforms this spring. The new law drew sharp criticism from Western capitals.

The Amnesty report titled Hong Kong: In the Name of National Security contends the controversial new law gave the “authorities free rein to illegitimately criminalize dissent while stripping away the rights of those it targets.”

Amnesty said from July 1 last year and this June 23, Hong Kong police “have arrested or ordered the arrest of at least 118 people in relation to the NSL.”

In that time, it said, “64 people have been formally charged, of whom 47 are presently in pretrial detention.”

The law criminalizes anti-China sentiments in the region, which continued to serve as a vibrant economic hub after the UK handed it over to Beijing in 1997 under a vow that it would enjoy a “high level of autonomy” for 50 years.