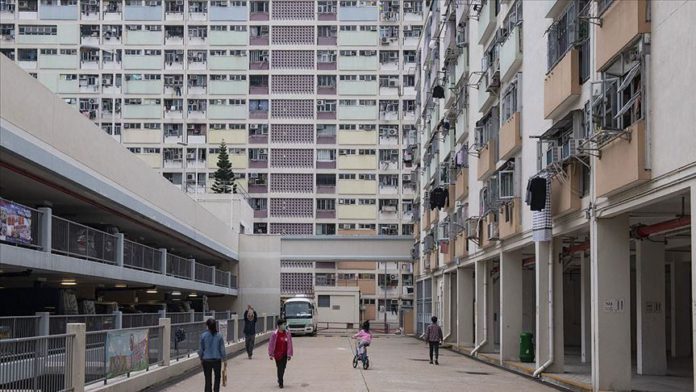 Hong Kong is in a “deep recession” losing nearly 9% of its gross domestic product (GDP) in the first quarter of the financial year, said the region’s Financial Secretary Paul Chan Mo-po, urging unity in challenging times.

“The economic situation is very challenging,” Paul said, the daily South China Morning Post reported. “We are deep in recession.”

It became deeper between January and March, and the GDP shrank 5.3% quarter-on-quarter, also the steepest since records began in 1974, said a Hong Kong spokesman, adding: “With the disease evolving into a pandemic in March, the economic fallout became even more severe.”

The protests were yet to end when the pandemic hit the world, first appearing in China’s Wuhan city thus initiating a flurry of lockdown measures to stem the infection’s spread.

Hong Kong’s Census and Statistics Department data showed the year-on-year contraction in GDP worsened for the third quarter in a row — since July 2019.

“If we are able to work and unite together, not just to fight against the virus, but stimulate consumption and economic development, the economic situation will stabilize somewhat in the second quarter,” Hong Kong’s financial chief said.

The worst financial erosion in the region comes after Hong Kong lost its top slot among free economies early this year in March.

According to the 2020 Index of Economic Freedom by the Washington-based Heritage Foundation, the Chinese autonomous region dropped to the position of “2nd freest” economy after months of anti-government protests that lasted until the recent outbreak of the novel coronavirus, bringing the city down to a score of 89.1.

“Its overall score has decreased by 1.1 points primarily due to a decline in the investment freedom score,” said the report.

Paul said that if coronavirus pandemic situation improves, the region “will be able to come out of recession gradually towards the end of this year.”

Hong Kong on Monday reported a new COVID-19 case arrived from the US on May 4. For the last 14 days until Monday, no local case of coronavirus had been reported in the region.

The region has 1,040 coronavirus cases, with four fatalities from the infection, while 900 have recovered from the disease so far.