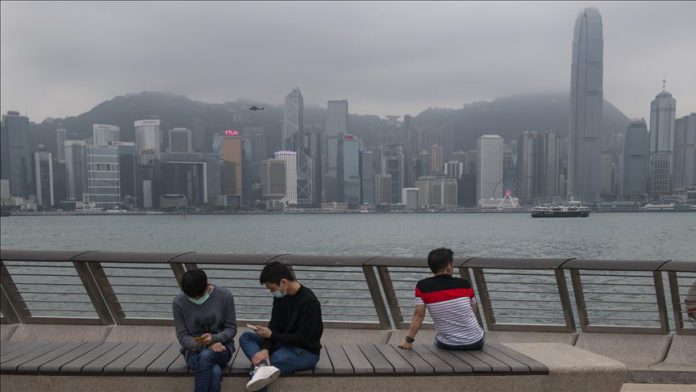 Hong Kong has decided to extend coronavirus restrictions after a new cluster of infections was detected, local media reported on Tuesday.

According to Hong Kong Free Press, the government has prolonged the ban on public gatherings of more than eight people and the restrictions on customers at bars and restaurants.

The decision was taken after nine new COVID-19 cases were confirmed in Hong Kong, raising its total to 1,093, including four deaths.

The curbs, which were due to end on Thursday, will remain in force until June 18, according to Food and Health Secretary Sophia Chan.

Entry restrictions and mandatory quarantine will apply until July 7 for travelers from mainland China, Taiwan, and Macau, and Sept. 18 for overseas arrivals.

Chan dispelled concerns that the ban on public gatherings was extended in view of growing protests against a new Chinese national security law.

“What has been discussed in the [Executive Council] this morning, in terms of the legislation and also the different extensions, is really based on public health grounds,” she stressed.

She will be joined by the secretary for security and police commissioner in meetings with the central government.

The focus of discussions will be the new national security law passed by China last week, which has drawn criticism from several western countries led by the US.

The new law, passed under Article 23 of Hong Kong Basic Law (Constitution), will criminalize those undermining the authority of Beijing in Hong Kong.

Speaking to reporters on Tuesday, Lam criticized Washington’s “double standards” and said the US would only hurt its own interests if it acted on the threat to sanction Hong Kong.

“For some countries that have had a high-profile response and claimed they will take action, I can only describe them as upholding double standards,” the South China Morning Post quoted the chief executive as saying.

“They value very much their own national security, but are biased in viewing ours … There are riots in the United States and we see how local governments reacted. And then in Hong Kong, when we had similar riots, we saw what position they adopted.”

UK thanks Turkey for COVID-19 support

Merkel thanks German-Turkish scientists for vaccine