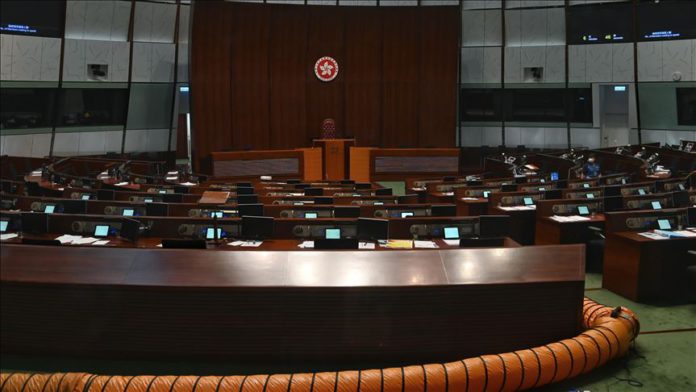 The Hong Kong government on Thursday announced that it will “disqualify” 12 lawmakers from the upcoming regional assembly elections.

A Hong Kong government spokesperson said it supports the decision by the regional electoral affairs commission to disqualify 12 candidates from the opposition camp in the Legislative Council (LegCo) election, daily Global Times reported.

“The 12 candidates do not satisfy the requirements of the LegCo election, and therefore have been disqualified,” said the spokesperson.

The council has 70 seats and last elections were held in 2016 September. The new elections are due in coming September.

“The decision has nothing to do with so-called political censorship, restriction of the freedom of speech or deprivation of candidacy as alleged by some people,” the spokesperson said, adding that it “aims to ensure that the LegCo election is held in strict accordance with the Basic Law and other applicable laws in an open, honest and fair manner.”

The move comes almost one month after China implemented national security law in the semi-autonomous region.

The national security law criminalizes anti-China sentiments in the region which has been a vibrant business hub ever since the UK handed it over to Beijing in 1997.

China’s decision to bring in new law was prompted by year-long protests against the local government which had moved to pass extradition bill but was later binned under public pressure.

UK, Australia, Canada and New Zealand have suspended extradition treaty with Hong Kong after the new law was implemented. China reciprocated and also suspended the treaty with three of the four states.