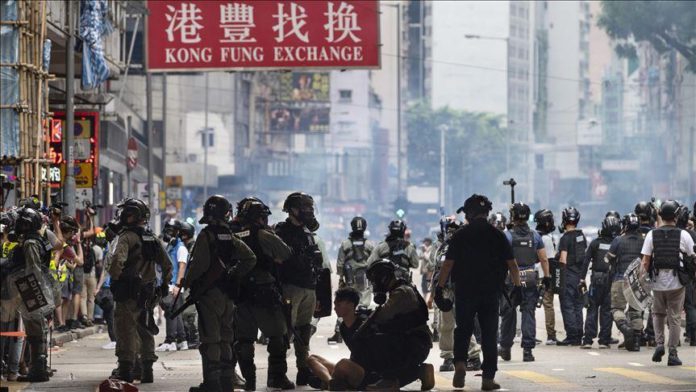 All but one of the 53 former lawmakers and activists detained by Hong Kong authorities on Wednesday have been released on bail, local media reported.

Two more activists, Joshua Wong and Tam Tak-chi, who were already in jail for other offenses but were also ordered to be arrested on another count, remain in prison.

The detainees were released late Thursday night and many had to pay cash bail and also turn in travel documents to authorities.

Phones and computers of some of the accused were also confiscated.

None of the accused have been charged and those released will report back to police in February.

The arrests invited a sharp reaction from western capitals and the UN rights body.

“We are deeply concerned about the arrests on Wednesday of 53 political activists, academics, former legislators, current district councilors, and lawyers,” Liz Throssell, spokeswoman of the UN Human Rights Office, said a day earlier.

“These persons are suspected to have violated the offence of subversion under the National Security Law,” it said, adding the accused tried to “paralyze the government.”

The UN rights body said on Wednesday that the latest arrests indicate that “the offence of subversion under the National Security Law is indeed being used to detain individuals for exercising legitimate rights to participate in political and public life.”

Hong Kong was a British colony until 1997 and is now a semi-autonomous Chinese territory.