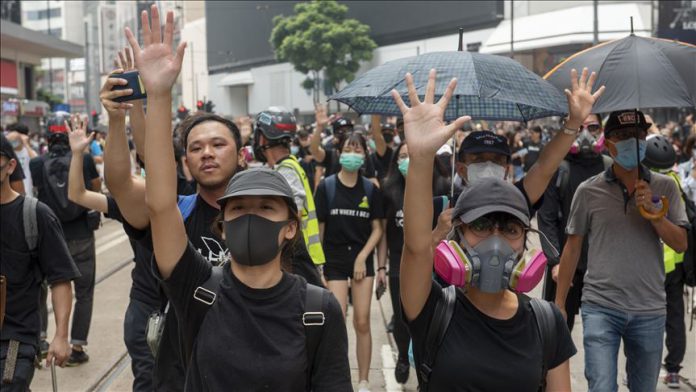 Battling months-long protests, pro-democracy lawmakers in Hong Kong have proposed to change definitions of unlawful assembly and a riot.

Hong Kong’s Department of Justice has approved the draft of the amendments which requires written approval from Chief Executive Carrie Lam before it is presented in Legislative Council, Hong Kong Free Press reported Tuesday.

At least 5,800 people were arrested, of whom nearly 500 were charged with rioting, since protests hit the vibrant business city which remains under the control of China since 1998.