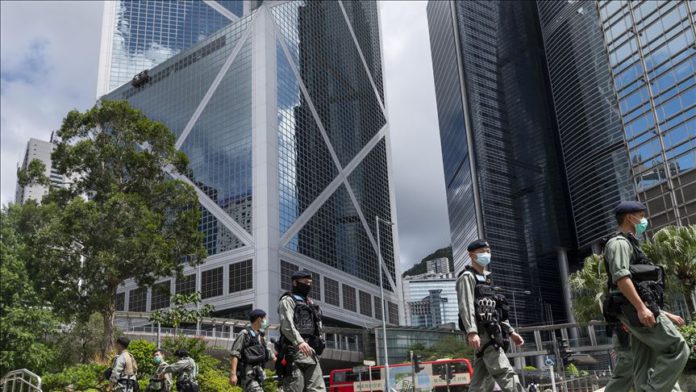 Hong Kong on Thursday strongly condemned the US move to end three bilateral agreements with the city government, officials said.

A statement by the Hong Kong Special Administrative Region (HKSAR) said the regional government strongly objects to and deplores the US action, which is widely seen as a move to create troubles in China-US relationship, using Hong Kong as a pawn.

“As part of the so-called ‘ongoing implementation measures’ following the US President’s executive order issued on July 14, the US Department of State announced yesterday the suspension or termination of three bilateral agreements signed between the HKSAR government and the US government, namely the Agreement on the Surrender of Fugitive Offenders (SFO), the Transfer of Sentenced Persons (TSP) Agreement and the Agreement concerning Tax Exemptions from the Income Derived from the International Operation of Ship,” said the statement.

On Wednesday, the US State Department notified Hong Kong authorities of the suspension or termination of three bilateral agreements.

“These steps underscore our deep concern regarding Beijing’s decision to impose the National Security Law, which has crushed the freedoms of the people of Hong Kong,” State Department’s spokeswoman Morgan Ortagus said in a statement.

Earlier this month, the US imposed “sanctions” on 11 officials of the Chinese and Hong Kong governments, as well as disallowed Hong Kong’s products to be marked as originated from the region.

“The termination of the agreements increases the operating costs of the shipping companies concerned, in particular the US companies as they will be subject to double taxation. It would hamper the development of the shipping sector between Hong Kong and the US, and is to nobody’s interest,” a Hong Kong government’s spokesman said.

Referring to the earlier US measure on Hong Kong products exported to the US, the spokesman said it will take action at the World Trade Organization (WTO) against the US measures which violate the WTO rules.

“Hong Kong will take action against the US under the WTO dispute settlement mechanism to defend our separate customs territory status and protect our interest,” the spokesman warned.

The city government urged Washington to stop interfering in the regional government’s internal affairs and retract its baseless allegations against the new security law.

The US has been at loggerheads with China because of its policies in Hong Kong, particularly its decision to apply a controversial national security law to the autonomous territory that critics say is intended to quash dissent.

On June 30, China’s National People’s Congress unanimously passed a new security law that was promulgated in Hong Kong on July 1 to tighten security in the city. It has drawn criticism within Hong Kong and in the international community, which Beijing has dismissed as “foreign intervention”.

British state minister due in Turkey for 3-day visit