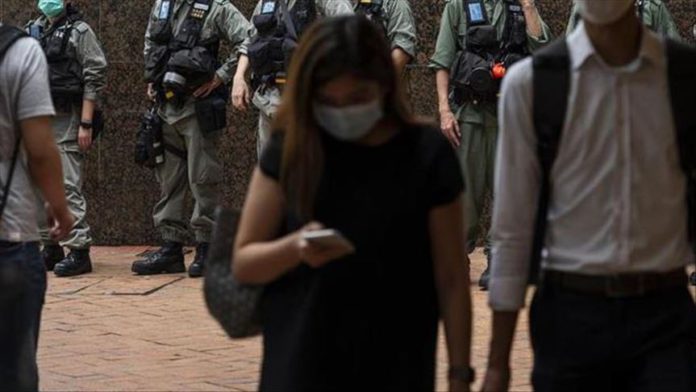 According to the local daily South China Morning Post, five men and two women were arrested on suspicions of helping Wong Kwan-wa, 24, flee the city after the attack on a police officer.

On July 1, Wong was arrested on charges of stabbing a police officer in the city and was later apprehended by security forces at the airport while trying to leave the city, the daily reported.

Last Friday, police brought Wong before the court, where he was remanded in custody and his case was adjourned until Aug. 24.

It also barred police from searching the contents of the phones until the next hearing on Aug. 13.

The pro-democracy activists were arrested in April over alleged involvement in a mass anti-government demonstration last year.

On June 30, China’s National People’s Congress unanimously passed a new security law that was promulgated in Hong Kong on July 1 to tighten security in the city.