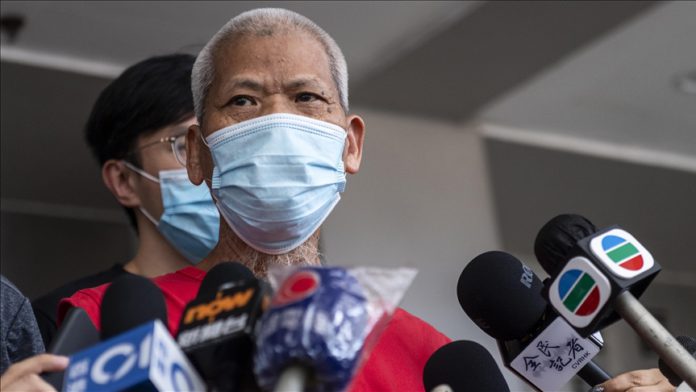 Police in Hong Kong on Friday morning arrested an activist who was planning a demonstration outside China’s Liaison Office in the region.

Local media reports said pro-democracy activist Koo Sze-yiu, 70, was detained from his home early in the morning after he had sent invitations to media for the planned protest demonstration.

His arrest takes place on the very day the Beijing Winter Olympics officially opens in the Chinese capital of Beijing.

On Monday, he told the media about his Friday plans, urging Beijing not to “overlook imprisoned citizens and political figures in Hong Kong who did not have the opportunity to spend Lunar New Year with their families.”

Koo was picked up by Hong Kong police from his home in Cheung Sha Wan’s Winsum Industrial Building and taken to the Cheung Sha Wan Division Police Station.

The activist has previously participated in political rallies organized by the pro-democracy League of Social Democrats party, but is not an official member, the report added.

So far, he has been in and out of jail at least 11 times.

Police have brought in four more people as part of the investigation. It has not been confirmed whether they were also arrested in connection with Koo’s planned protest.

In the media invitation, Koo stated that the national security law, which was imposed in Hong Kong in 2020 after a year of anti-government protests, had been abused and that many had been wrongfully detained.

The 2022 Winter Olympic began on Wednesday, with an opening ceremony scheduled for Friday that will be attended by roughly 31 world leaders, including heads of state, governments and multi-national organizations.

The Olympic Games in Beijing will continue until Feb. 20, when the medal games and closing ceremony will take place.

Several Western countries, including the US, UK and Canada, have called for a boycott of China due to concerns over the country’s human rights record.

Beijing denies any wrongdoing and has termed the allegations as a “political virus” used by the West to malign China.​​​​​​​

Decline in health care visits in Somalia amid COVID-19