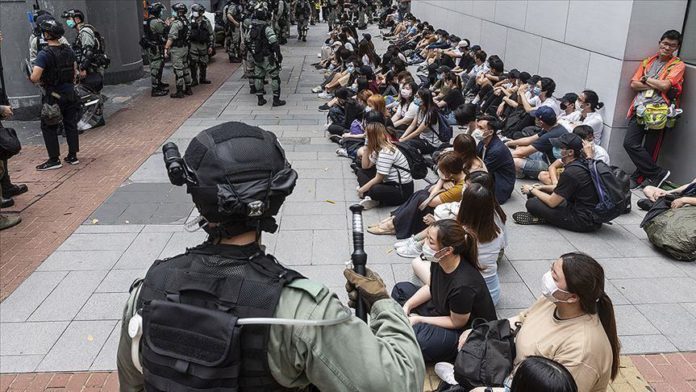 Prominent Hong Kong pro-democracy activist Joshua Wong has been arrested for attending an “unlawful assembly” last year, a statement on his Twitter account said on Thursday.

“Joshua [Wong] is arrested when reporting to Central Police Station at about 1pm today [0500GMT],” it said. “The arrest is related to participating in an unauthorized assembly on 5 Oct. last year. He is told to have violated the draconian anti-mask law as well.”

The 23-year-old was at the forefront of anti-government protests last year demanding the withdrawal of a controversial bill that would have allowed extradition of alleged criminals to mainland China for trial. The bill was officially withdrawn after months of violent protests.

To counter the protesters who wore face masks to avoid identification by the police, Chief Executive Carrie Lam’s administration imposed a mask ban on Oct. 5 last year. Many people were charged and detained for defying the ban.

Last year, Joshua, who was disqualified from taking part in district council elections, spent three months in jail for contempt of court.

He was also among 12 candidates recently disqualified from running in elections for seats in the city’s legislature. The polls have been postponed for a year due to the coronavirus outbreak.

Up until 1997, Hong Kong was a British colony. At present, it remains a semi-autonomous Chinese territory.

US coal production falls to lowest level since 1978