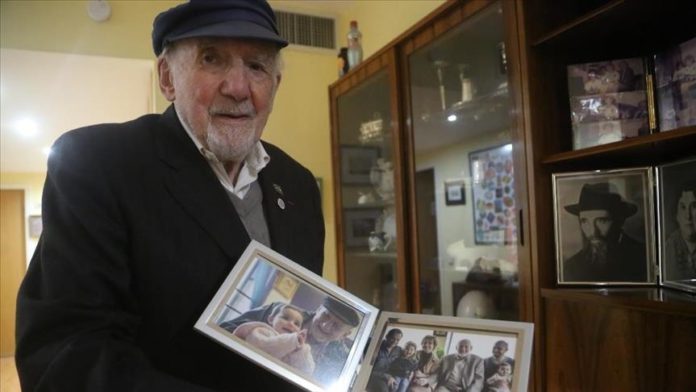 Survivors of the Holocaust, which left a black mark in the history of humanity, have recalled nightmares on International Holocaust Remembrance Day.

Although 79 years have passed since Germany sparked World War II by invading Poland in Sept. 1939, survivors and relatives of the deceased still cannot forget their pain.

Massacres were committed against Jews in concentration and extermination camps, which were established by the Nazi regime.

The Auschwitz concentration camp in Poland was one of the largest concentration centers, and of the 1.3 million people sent there, 1.1 million were murdered.

More than six million Jews were massacred during World War II, and the events later recognized as the Holocaust by the UN.

Migration to Israel accelerates after massacres

According to figures shared by Israeli authorities, some 165,800 Holocaust survivors are living in Israel today, 90% of whom are over the age of 80.

Walter Bingham, among the children sent by their families to other countries to escape Nazi horrors, was only 15 when he took refuge in the UK.

“As many as 10,000 children were sent to other countries in nearly eight months … 99% of them never saw their families again. I was able to go back and meet my mother, but my father was already killed,” said the 98-year-old.

“My mother left me as a naive boy when I was 15, and when she saw me again as a 22-year-old, I was a young man who engaged with many wars. I was a totally different person when I met her again.”

Rena Quint, another survivor born in 1935 in Poland’s Piotrkow Tribunalski province, recalled that one day Nazis gathered 2,000 people in a synagogue, while those who stayed outside were taken to a forest to be executed.

“I was seven years old at that time. I was near a door at the back of the synagogue. I think my uncle told me to run. Maybe my mother, maybe God pushed me and I ran away. My mother and brothers were taken to Treblinka and executed,” she said.

“Before leaving my father said: ‘Don’t worry, the war will end and I’ll meet you at our house,'” but to no avail.

Global tobacco-related deaths expected to double in next 8 years