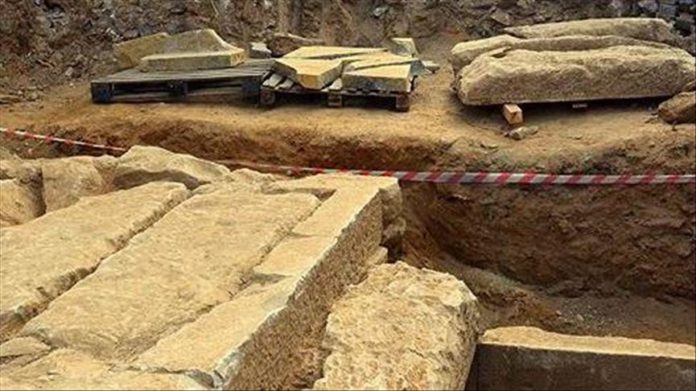 A  that is presumed to date back to the Byzantine period was seized by security forces in Turkey’s western Zonguldak province on Wednesday.

Security forces stopped a pick-up truck during a traffic check in Alapli town and found the artifact that was hidden in a gunnysack.

The 35-centimeter-long tombstone with embossed figures and drawings was delivered to the provincial museum directorate.

Two arrested, who were taken into custody, were released after being presented at the courthouse.

Thought to date back to the Roman period, a Zeus statue, a marble statue and a bronze cuneiform tablet, with animal figures carved on it, were also seized in an operation in the central Eskisehir province.

Out of the nine suspects that were arrested in the operation, seven were released after giving statement and the other two were released on bail.