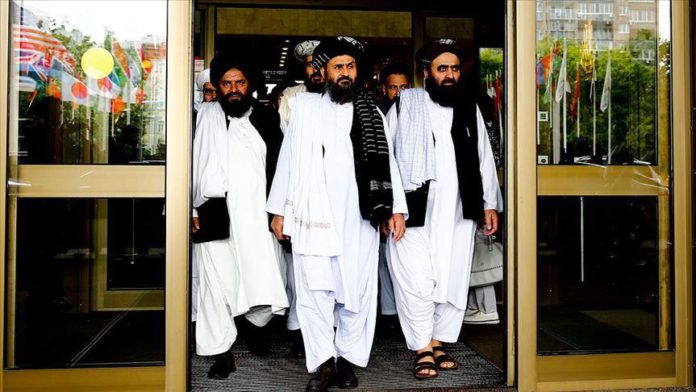 The historic talks aim to end nearly two decades of armed insurgency in the war-torn country.

In his opening speech, the head of Afghanistan’s peace council Abdullah Abdullah said that if the warring parties — the government and Afghan Taliban — came together, they could finally strike a peace deal to end years of conflict.

“I believe that if we give hands to each other and honestly work for peace, the current ongoing misery in the country will end,” Abdullah said.

“We come here with good intentions to find a peaceful way to end the 40-year-long war in Afghanistan and a political settlement as our people suffered a lot,” he added, underlining that “war and use of force” would not solve the conflict.

“Today, we have strong regional and international support and we shouldn’t lose this historic opportunity. We should hear and listen to each other with patience. I thanked the Taliban for announcing a cease-fire three time during the Eid [holidays] and we’re optimistic that we’ll give good news for the Afghan people to announce a first-phase truce.

Along with Abdullah, US Secretary of State Mike Pompeo and Taliban deputy leader Mullah Baradar are also attending the event.

The ceremony was kicked off by Qatari Foreign Minister Sheikh Mohammed bin Abdulrahman Al Thani who underlined that the warring sides must “rise above all forms of division […] by reaching an agreement on the basis of no victor and no vanquished.”

US Secretary of State Mike Pompeo said in his speech: “Each of you, I hope you will look inside your hearts. Each of you carry a great responsibility […] The entire world wants you to succeed and is counting on you succeeding.”

Mullah Abdul Ghani Baradar, deputy head of the Taliban, said in his speech that the Taliban “would strive during negotiations to create an enabling environment for its Mujahid and oppressed people for a life of peace, tranquility and stability, [Taliban] assure the international community of maximum efforts for the successful result of the intra-Afghan talks.”

UN Secretary-General Antonio Guterres, as well as top diplomats from the US, Germany, Turkey, Pakistan, India, China, Iran and many other countries were in attendance.

After the official opening ceremony, the talks, where both sides will sit face-to-face for the first time, will start on Monday, according to Abdullah’s spokesperson, Fraidoon Khawzoon.