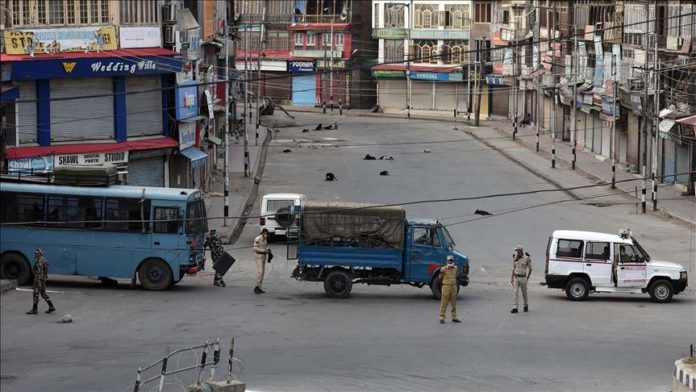 The government in Indian-administered Jammu and Kashmir ordered high-speed internet to be restored in two of the disputed region’s 20 districts on a “trial basis” from Sunday night.

High-speed internet services were restored in Ganderbal district in the Muslim-majority Kashmir Valley and Udhampur district in Hindu-majority Jammu after a committee formed on the orders of the Indian Supreme Court recommended “calibrated easing of internet restrictions in comparatively less sensitive geographical areas.”

Udhampur, where the Indian army’s Northern Command Headquarters is located, is “militancy free.” The district has a population of 550,000 out of Jammu and Kashmir’s total population of 12.5 million. Compared to the rest of the Kashmir Valley, Ganderbal, with a population of 300,000, has witnessed fewer militancy-related incidents.

The “trial” will last until Sept. 8, and high-speed internet will be available on postpaid mobile phones only, according to the government order. The remaining districts will have to make do with low-speed internet.

“I will update my phones. This is the first thing I intend to do once it is restored,” Sheikh Anees, a journalist based in Ganderbal, told Anadolu Agency.

High-speed internet had been cut off since last August, when India revoked the semi-autonomous status of Jammu and Kashmir, divided it into two federally ruled territories and imposed a complete lockdown and communications blackout.

When the Supreme Court stepped in, the Indian government only restored mobile internet services in January — first in Hindu-dominated Jammu and then in Muslim-majority regions of Kashmir.

Numerous human rights groups including Amnesty International and Human Rights Watch have repeatedly urged India to restore full internet access in the disputed region, with the calls gaining steam amid the COVID-19 pandemic.