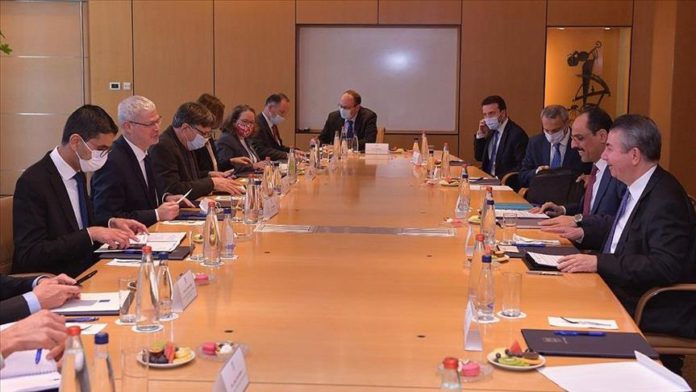 A high-level Turkish delegation arrived in Israel on Thursday to meet with Israeli officials ahead of a visit expected next month by Israel’s president to Turkiye, according to official statements.

The statement said that the parties discussed preparations for the visit of Israeli President Isaac Herzog to Turkiye, bilateral ties between the two countries, as well as various regional issues.

The Turkish delegation’s visit to Israel came a day after a visit to the occupied Palestinian territories where they met with Palestinian President Mahmoud Abbas and other Palestinian officials.

The Turkish delegation began a two-day visit to Palestine and Israel on Wednesday.

In steps towards a thaw in relations with Israel, Turkish officials have stressed that Turkiye’s support for the Palestinian cause and a two-state solution remains as strong as ever.

The trip comes ahead of an expected visit to Turkiye by Israeli President Isaac Herzog in March, as recently announced by Turkiye’s President Recep Tayyip Erdogan.