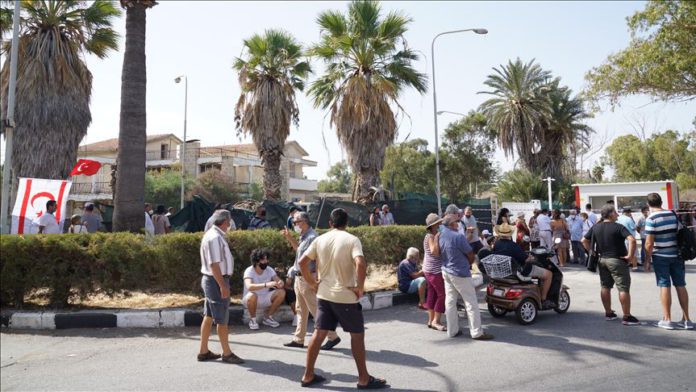 Many people from not only the Turkish Republic of Northern Cyprus (TRNC), but also from abroad have visited the Demokrasi (Democracy) Street and a part of the coastline of the “Ghost City” as they were reopened on Oct. 8.

A total of 18,697 people have visited the re-opened places, as per the data gathered by Anadolu Agency reporter from the officials.

Maras draws more attention on the weekend than weekdays.

It is available for visits every day between 9 a.m.and 5 p.m. local time.

TRNC Prime Minister Ersin Tatar, on his visit to Ankara on Oct. 6, expressed that they took the first concrete step towards the road map they have prepared on the re-opening of Maras.

“We are actually starting our work to present the coastal and Demokrasi Street, which belongs to the public of our land, and the coastal region for the benefit of our people,” stated Tatar during his Oct. 6 speech.