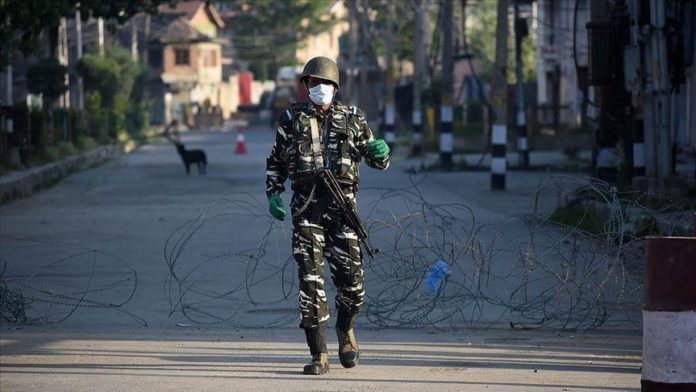 Nazir Ahmad Malla, a 47-year-old man who lives in the outskirts of the Indian-administered Jammu and Kashmir’s capital Srinagar, has not lowered his guard, although he contracted COVID-19 with no symptoms.

He wears an N95 mask every time he steps out of his home. “You never know [what will happen] with this disease,” he told Anadolu Agency.

Like Malla, about 66% of people in the area have developed COVID-19 antibodies, a figure that could qualify for having achieved “herd immunity”, but which some researchers find worrying, according to a survey data.

Malla’s semi-urban locality was one of the 20 areas in Srinagar that researchers study for COVID-19 antibody prevalence.

About 40.3% individuals examined in these 20 areas have been infected, according to the seroprevalence survey conducted mid-October by Srinagar’s Government Medical College (GMC) in collaboration with the National Health Mission.

In 10 out of the 20 areas, 40% of the individuals had seroprevalence. Only two areas had less than 30% antibody prevalence among the infected people.

A seroprevalence survey uses antibody tests to estimate the percentage of people in a population who have antibodies against COVID-19.

The GMC researchers call the findings, which have been made public, “worrying” because a similar survey in June showed only 3.8% of the people studied had developed antibodies.

“This shows an exponential rise in the rate of infection in just three months. After the initial period of caution, it appears people became complacent,” Dr. Saleem Khan, the head of Community Medicine department at the GMC, Srinagar, who led the study, told Anadolu Agency.

Attendance in big religious gatherings could be the main reason behind the spread of virus in a few of these localities, like Malla’s, according to the doctor.

But the infection has spread fast in other areas of the city also.

Dr. Khan said low mortality rate among the infected has been the only silver lining, with the majority of the deaths occurring among the elderly and those with comorbidities. At the same time, he said, exposure of nearly half the population to the virus might lead to fewer new cases in future.

Regarding whether the nearly 70% seroprevalence in Malla’s locality is a sign that the population is attaining herd immunity, Dr. Khan said that even 66% antibody prevalence is not a comforting fact because only the immunity achieved through widespread vaccination is a better guarantee against the deadly virus.

On Oct. 15, the World Health Organization said herd immunity is “achieved by protecting people from a virus, not by exposing them to it”. A study by the Brigham and Women’s Hospital in the US, published in the journal Cell, noted early this month that people who recover from COVID-19 faster might sustain the antibodies for a longer period.

“It remains to be seen what percentage of this population will sustain the antibodies. If the antibodies dry out, these individuals could become vulnerable again,” said Dr. Khan.

He also said such seroprevalence has been recorded in only a few slum areas of India. Even globally, he said, not many places have shown such results.

Currently, researchers are collecting seroprevalence data for the entire Kashmir Valley. Dr. Khan believes the overall prevalence could be as high as the one recorded in Srinagar. The findings of both surveys would be published in a journal of repute, he added.

Several countries are currently encountering a second or third wave of infection, prompting them to enforce measures against the pandemic, said Dr. Khan, who urged people to follow preventive measures during the long and harsh winter in Kashmir.

Authorities had tried to control the spread by enforcing a strict COVID-19 lockdown early March in the region, which was already under a security and communications lockdown since August last year when New Delhi scrapped its autonomy.

But the business community and some politicians criticized the COVID-19 lockdown measures as harsh and politically motivated.