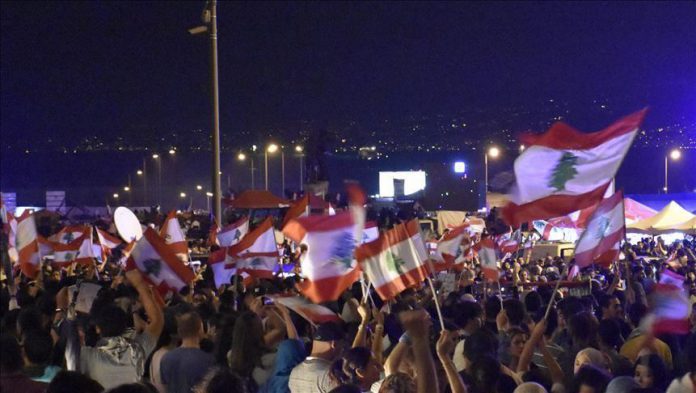 A number of protesters were injured on Friday in Riad al-Solh square in Beirut after Hezbollah supporters stormed the square and attacked them with sticks, a Lebanese TV channel reported.

Supporters of Hezbollah — one of the crucial pillars of Prime Minister Saad Hariri’s government — clashed with the security forces who tried to separate them from protesters, according to televised channel of MTV.