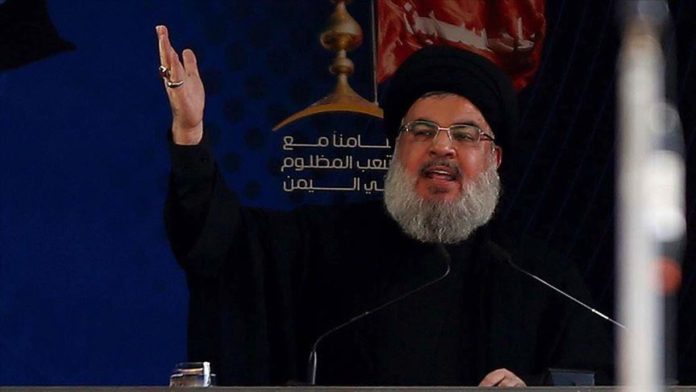 Hezbollah Secretary-General Hassan Nasrallah said on Sunday that the Shia group was open to discussions for a new political pact in Lebanon.

“Hezbollah is ready to discuss any new political pact…on condition that this pact is accepted by all Lebanese groups,” he said in a televised speech.

He said his group was open “to discuss any mechanism that clarifies the people’s demands in order to block the way for anyone who wants to impose [certain] demands by describing them as popular”.

“No one in Lebanon can claim to be expressing the will of the Lebanese people,” Nasrallah said, stressing his support for carrying out reforms.

French President Emmanuel Macron visited Lebanon early August, days after an explosion rocked the Beirut port amid calls by several Lebanese groups for a new political pact in the country.

“We call on the competent authorities, especially the army, to announce the results of the technical investigation [into the explosion] in order to settle the debate and put an end to fabrications in the country,” Nasrallah said.

The port explosion was caused by a neglected stockpile of 2,750 tons of ammonium nitrate that ignited in a warehouse, killing more than 170 people and injuring over 6,000 others.

The blast flattened nearby buildings and caused extensive property damage leaving hundreds of thousands homeless. The explosion came at a time when Lebanon was dealing with a severe financial crisis along with the coronavirus pandemic.