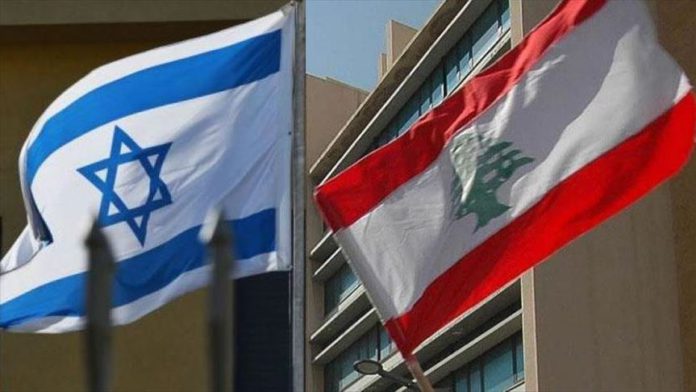 Lebanon’s Hezbollah and Amal groups have rejected the makeup of a delegation tasked with negotiating with Israel on the demarcation of maritime border between Lebanon and Israel.
In a joint statement on Wednesday, the two groups said the inclusion of civilian figures in the Lebanese team contradicts the 1996 framework agreement, which only allows military officers to attend the periodic meetings on border demarcation.

They called for an immediate reform of the Lebanese negotiating team, saying the current makeup “harms Lebanon’s stance and supreme interests, transgresses all the nation’s strengths, deals a major blow to its role, resistance and Arab position, and represents a surrender to the Israeli logic which aims at reaching any form of normalization”.

On Monday, the Lebanese government expressed opposition to the Presidency’s mechanism of appointing the 4-member negotiating team.

Lebanon and Israel started negotiations on Wednesday to demarcate their maritime border at the headquarters of the United Nations Interim Force in Lebanon (UNIFIL) in the southern Naqoura city.

Lebanon is locked in a dispute with Israel over an area in the Mediterranean Sea spanning about 860 square kilometers (some 332 square miles), known as Zone No. 9, which is rich with oil and gas.

In 2016, Beirut announced the launch of the first round of licenses for exploration.

The maritime borders between Lebanon and Israel have not seen any military conflicts, unlike their land borders.

Hezbollah controls the area bordering Israel, and sporadic tensions take place from time to time as Tel Aviv accuses the Shia group of attempting to breach the border.
* Ahmed Asmar contributed to this report from Ankara