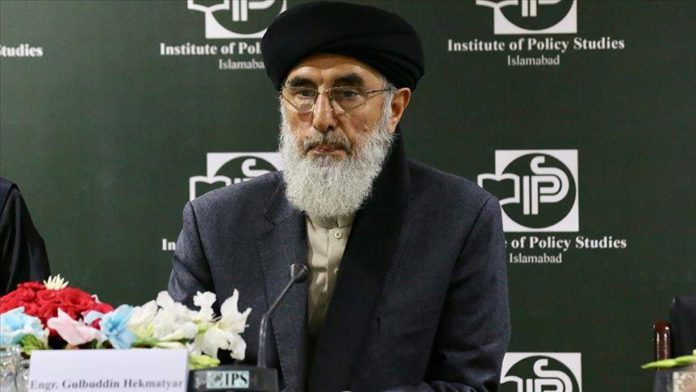 The Hezb-e Islami leader and former premier told supporters that he hopes the Taliban would take the same position as he has at the proposed peace conference.

Hekmatyar said his meeting with Taliban deputy leader Mulla Beradar on the sidelines of the Moscow conference last month was handy.

Hekmatyar said all parties at the Turkey conference would be encouraged to adopt a uniform stance as he demanded an interim government for peace.

He demanded the withdrawal of all foreign troops from Afghanistan as per the Doha agreement between the US and the Taliban.

Hekmatyar said many of his party affiliates remain in prisons as he accused the government of not fulfilling promises it made to him in line with the 2017 peace agreement.

The Afghan government, however, asserts that all Hezb-e-Islami political prisoners, except those involved in serious crimes such as killings, are freed.

It has been more than one year since the US and Taliban inked the landmark Doha Agreement in February 2020 after months of intense negotiations.

Reduction in violence and bringing peace to Afghanistan was one of the goals of the agreement, but contrary to expectations, at the beginning of the talks between the delegation of the Islamic Republic of Afghanistan and the representatives of the Taliban in Qatar in September, Afghanistan has witnessed increased insecurity, assassinations and targeted killings.

With no date announced, the Turkish Foreign Ministry has hinted at hosting the proposed international peace conference on Afghanistan this month.

US says Uyghur genocide to be 'topic' at China talks