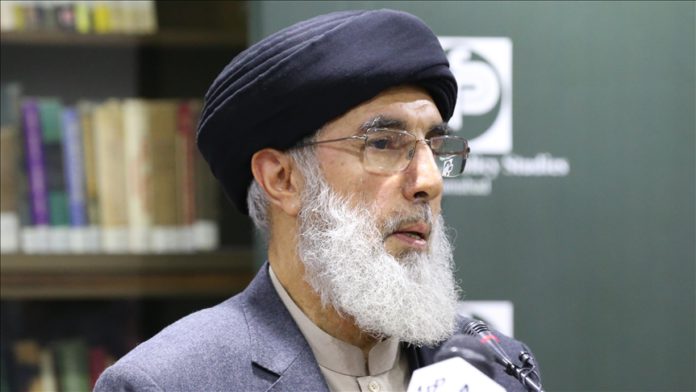 Veteran Afghan Mujahideen leader Gulbuddin Hekmatyar on Thursday dubbed intra-Afghan peace talks in Qatar as “failed” and demanded that they be moved to another country.

Addressing a press conference at his party headquarters in the capital Kabul, Hekmatyar blamed the Afghan government for deliberately prolonging the talks and not releasing prisoners associated with his Hezb-e-Islami party. He is said to have shared these views with the visiting top US peace broker Zalmay Khalilzad.

He did not propose any alternate venue, but previously he had suggested Turkey as a suitable alternative host for the peace talks.

“I have given a 10-day ultimatum to the Arg [Presidential Palace]. There are no excuses left. But if it does not address our demands, we will begin protests in Kabul,” he said.

Hekmatyar, who signed a peace deal with President Ashraf Ghani in 2016, said the government has not fulfilled its promises such as the release of party affiliates and incorporating them into the government.

He warned of surrounding the presidential palace if his demands are not met, adding that some elements in the government are hellbent on sabotaging the US-Taliban peace deal.

Last year, Hekmatyar announced a willingness to join hands with the Taliban to overcome the crises faced by the war-ravaged country.

Khalilzad, the Special Representative for Afghanistan Reconciliation, and his team concluded three days of consultations in Kabul with government officials, civil society leaders and other Afghan political figures, said the US Embassy on Thursday. It said Khalilzad and his team discussed various options to propel the process forward.

“There is widespread support for the need to move more quickly and deliver a just and durable peace that Afghans demand and deserve,” it said.

Meanwhile, there has been growing talk about calls for a ‘participatory’ or ‘transitional’ government in Afghanistan during Khalilzad’s visit. According to the local Pajhwok news agency, it is proposed that the UN can organize a high-level meeting of countries that have an influence on the Taliban, including Iran and Pakistan, for developing a consensus among these countries and in the long term, the political future of Afghanistan.

This was the maiden trip to Kabul by Khalilzad, a Trump-era official, following the victory of Joe Biden in the US presidential election last year.