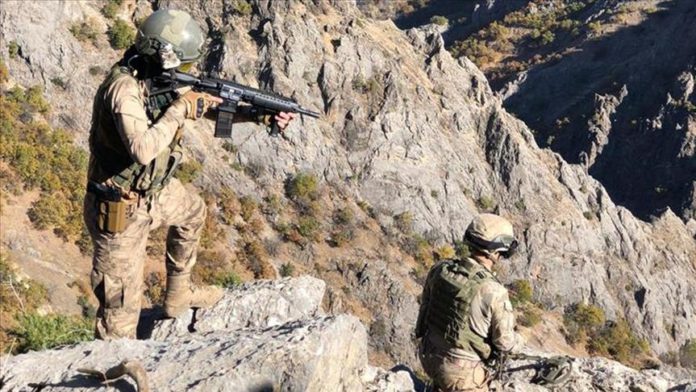 A large number of terrorists, including five on Turkey’s wanted list, have been neutralized in eastern Turkey as part of operations ongoing since July 28, local officials announced on Thursday.

Among the neutralized terrorists are three in the red, one in the orange, and one in the gray category of the Interior Ministry’s wanted list, according to the governor’s office in Tunceli province.

On Sept. 9, Erol Volkan Ildem and Fadime Cakil were both neutralized in an anti-terror operation in the province during the operations, dubbed Yildirim-4.

Erol Volkan Ildem, codenamed Nubar, was a senior member of the Turkish Communist Party/Marxist-Leninist (TKP/ML) and was on the ministry’s red category list, while Cakil, codenamed Roza, was in the gray category.

Ali Kemal Yilmaz and Gokce Kurban were also neutralized in the province on Oct. 4.

Operating under the codename Ozgur, Yilmaz was also a member of the TKP/ML and was in the red category.

Meanwhile, Kurban, codenamed Asmir, was wanted in the orange category.

Another terrorist, Ismail Surgec, codenamed Yilmaz, was another red category terrorist and was neutralized in the province on Nov. 12.

He was the so-called head of the terror group in the province.

As part of the operations, 243 shelters and caves belonging to terrorists were destroyed.

Yildirim-4 is one of a series of operations that Turkey has launched this year to “neutralize” terrorists believed to be hiding in the country’s east and southeast.