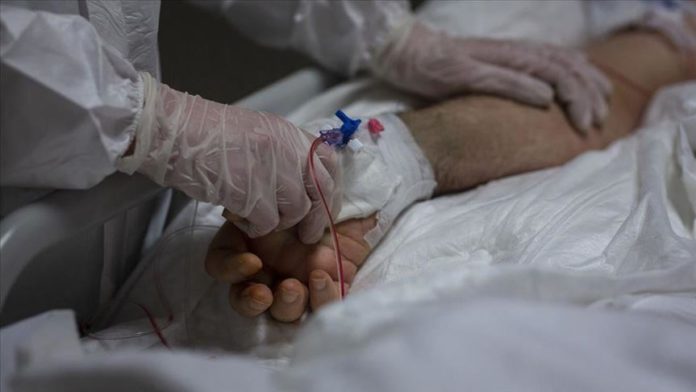 The International Council of Nurses (ICN) on Thursday said its global network has informed it of “highly concerning” reports of mounting violence aimed directly at nurses and other healthcare workers on the frontline of the COVID-19 pandemic.

“Violence against nurses and other healthcare workers has always been a serious issue, but it should never be accepted as part of the job,” states an article published in British medical journal The Lancet.

It is co-authored by ICN chief executive officer Howard Catton who told journalists covering the UN in Geneva last week that the association estimated that nearly 100,000 healthcare worker infections had been reported worldwide.

He said there were limitations of collecting information through the nursing associations, “but it means that the numbers that we’re putting out we think are underestimations of the true scale and picture of infections.”

Catton said: “Nurses are already in a high-risk situation, especially those working in close proximity to patients with COVID-19 without adequate personal protective equipment.”

“But the fact that they fear physical attacks and abuse on their journeys to and from work is completely unacceptable.”

He called on governments to act swiftly to protect frontline nurses from violence and abuse and makes concrete recommendations.

Catton co-authored the article with colleagues from Physicians for Human Rights and the World Medical Association.

“Whatever the reasons for such aggression and violence, and I suspect that much of it is the result of misinformation and ignorance, nurses are being put at increased risk when their communities need them more than ever,” said Catton.

During a recent ICN webinar, a nurse from Mexico told journalists from the association of UN correspondents in Geneva, ACANU, that members of their community had ostracized her, and her colleagues.

She said many people in Mexico believed that COVID-19 was a hoax or feared that nurses were spreading the infection in the community.

Her colleagues had been sprayed with bleach or had hot coffee thrown at them on their way to and from work.

The ICN noted that as with infection rates amongst healthcare workers related to COVID-19, it is essential that we have data on all these attacks, whether physical or psychological.

“Without the data, we cannot adequately create a strategy to prevent them. These attacks are wrong and reprehensible but also at a time when we have a shortfall of six million nurses and need to be attracting more to the profession, this is a message we can ill-afford to hear,” said Catton.