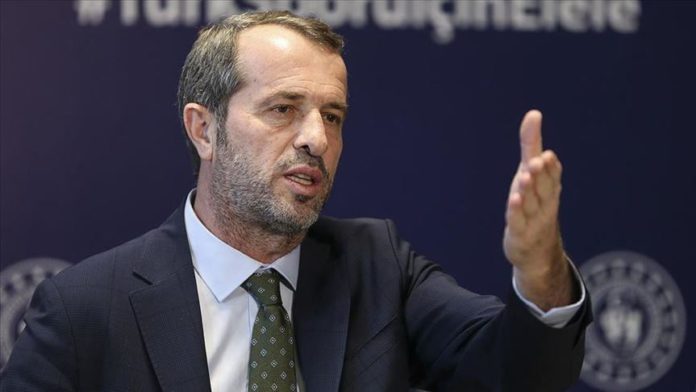 Turkish football leagues should not restart play without the approval of the Health Ministry and its committee on coronavirus, according to a lawmaker and former football player.

Speaking on the Turkish Football Federation’s (TFF) decision to restart Turkish football leagues on June 12, Saffet Sancakli, a Nationalist Movement Party (MHP) lawmaker, told Anadolu Agency that the whole country has been focusing on statements made by the ministry and its coronavirus committee.

”The main ingredient of football is people, so the Health Ministry and the Scientific Committee should decide about resuming matches, not the TFF,” he said. “When they say play, then the matches should start. Our priority should be public health, not football.”

He added: “Leaving this decision to the football federation isn’t right.”

Sancakli, who played in the 1990s for Istanbul powerhouses Fenerbahce and Galatasaray, said that even with games played without fans, there will be about 800 people in the stadium during the matches.

“How will they keep social distance and how will they isolate themselves? The teams have just started training, and the last two days we’ve been hearing news about new cases in the clubs,” he said.

Warning of possible scenarios, he said: ”For example, Gaziantepspor faces Kayserispor in a league match, and one player contracted the coronavirus. So what happens then? Both teams’ players will be put in quarantine. Plus two more clubs which met these two teams a week ago will be under observation.”

He added: “In fact, the players and staff members’ families will be at risk, and they will be put in quarantine. This is a very risky situation. So the Health Ministry and Scientific Committee should decide about resuming matches.”

Last week the federation announced the leagues will resume behind closed doors on June 12 after all leagues were suspended over the coronavirus threat in March.