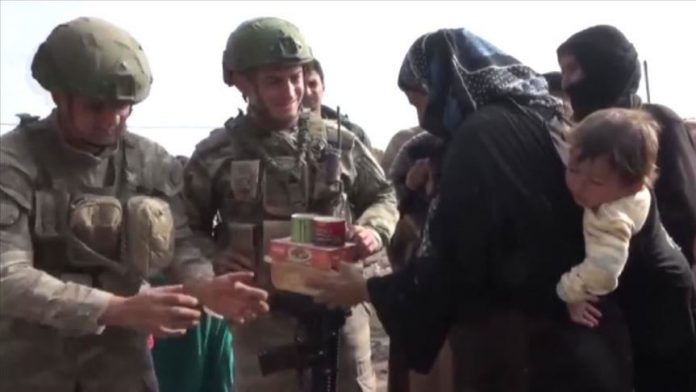 Life has returned to normal in the northern Syrian district of Ras al-Ayn thanks to the “heroic” Turkish army, with health checks and food aid ongoing, Turkey’s National Defense Ministry said Monday.

“Leaving their fearful days behind and now concentrating on daily life, our Syrian brothers thanked the Turkish nation and said: ‘Everything is going well,'” the ministry said.

Ras al-Ayn falls within the area of Turkey’s anti-terror Operation Peace Spring, launched on Oct. 9 to eliminate YPG/PKK terrorists from northern Syria east of the Euphrates River to secure Turkey’s borders, aid in the safe return of Syrian refugees,

November 8, 2020
We use cookies to ensure that we give you the best experience on our website. If you continue to use this site we will assume that you are happy with it.Ok