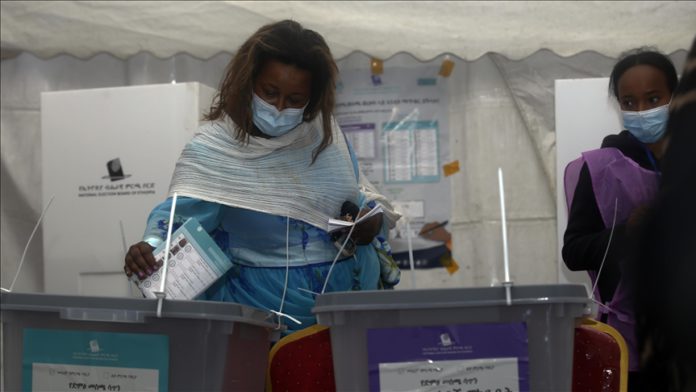 The head of the African Union’s observer mission and former Nigerian president Monday said that despite some handicaps the parliamentary election in Ethiopia is going reasonably well.

“I came five days ago as chief of the African Union mission and over the period I have met the leadership of this country and officials involved in the organization of the elections,” Olusegun Obasanjo said after touring polling stations in Ethiopia’s capital Addis Ababa.

Obasanjo said: “The general impression is that this election, despite some handicaps, is a lot better than the previous one in terms of opening the space for electoral participation.”

“The handicaps are of course understandable,” he said, adding that lack of security, the ongoing pandemic, and some problems on the logistics side were among the handicaps, but the election organizers have done their best and the process has gone reasonably well.

He said he went out of Addis Ababa and saw voters waiting patiently outside polling stations to cast their votes.

According to Obasanjo, party representatives were already there at polling stations and so far there were no complaints.

At a polling station of the Kirkos Sub-city, Obasanjo came across Ethiopian President Sahle-Work Zewde, who was there to cast her ballot.

Voters in 78 of a total of 547 constituencies across the country will have to wait until Sept. 6 to vote due to some logistical, security, and administrative issues.

The country has also introduced transparent ballot boxes in this election, and more than 37.4 million registered voters will elect 547 federal parliament members.

As many as 9,175 candidates have been fielded by 47 political parties, while 125 joined the contest independently in the polls being conducted at more than 49,407 polling stations across the Horn of African country.