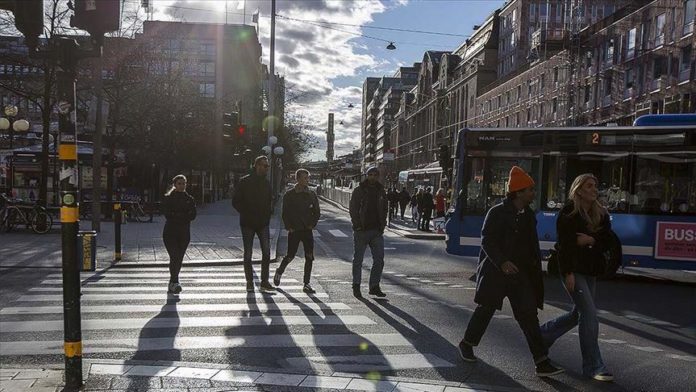 Sweden, one of the world’s few countries that has not imposed a full lockdown during the coronavirus pandemic, insists it took the right approach, despite seeing more cases and fatalities than its neighbors.

The country of over 10 million has kept schools and cafes open and still allows gatherings of up to 50 people, relying more on advising citizens and appealing to their sense of personal responsibility, rather than restricting their movements.

In devising a response, the Swedish government’s scientific advisers seem to have favored the concept of herd immunity – a form of indirect protection from infectious diseases that occurs when a large percentage of a population becomes immune to a virus.

According to Clinical Infectious Diseases, a medical journal published by the Oxford University Press, there is a smaller probability that non-immune individuals will come into contact with the virus if there is a greater proportion of immune individuals in a community.

But with 4,266 fatalities and 35,727 COVID-19 fatalities as of Thursday, the jury is still out on whether Sweden’s gamble has really paid off.

Sweden’s COVID-19 mortality rate tops all Nordic countries and is also among the highest in the world.

According to the European Centre for Disease Prevention and Control, Sweden has a rate of 338.2 cases and 40.5 deaths per 100,000 population.

In terms of lockdown measures, Denmark has allowed citizens to visit parks, museums, and zoos starting last week, after reopening schools and small businesses in April.

The country’s strategy to prevent a new wave of infections revolves around prompt testing.

Sweden’s western neighbor Norway remained under strict lockdown for almost two months and has 157.7 cases and 4.4 deaths per 100,000 people.

The country of over 5.3 million, which has reported 236 deaths and 8,406 cases to date, started relaxing restrictions earlier this month.

Citizens are now allowed to hold private events with up to 20 people and more than 50 can gather for public events while respecting the one-meter social distancing guideline.

While Sweden may be worse off than countries in close proximity, it did fare much better, in terms of both cases and deaths, than the UK, Italy, and Spain, all of whom imposed stringent lockdowns.

Sweden chose to tackle the coronavirus crisis with soft precautions, taking a route different than most countries.

Anders Tegnell, the country’s state epidemiologist, told UK-based daily Financial Times last month that Sweden expects 40% of people in the capital Stockholm to be immune to COVID-19 by the end of May.

“In the autumn there will be a second wave. Sweden will have a high level of immunity and the number of cases will probably be quite low,” he said, defending Sweden’s approach.

“But Finland will have a very low level of immunity. Will Finland have to go into a complete lockdown again?”

However, according to data compiled by the Sweden’s Public Health Agency, as of May 20, only 7.3% of blood samples collected from people in Stockholm had antibodies to SARS-CoV-2, the virus that causes COVID-19.

Depending on how infectious it is, at least 70% to 90% of a population needs to be immune to a virus to reach herd immunity.

That mark still seems far off as the pandemic continues its spread across the world, with over 5.82 million cases and more than 360,000 deaths recorded in 188 countries and regions so far.

“I don’t think we or any country in the world will reach herd immunity in the sense that the disease goes away, because I don’t think this is a disease that goes away,” Tagnell said in the interview.

“It’s a big mistake to sit down and say ‘we should just wait for a vaccine.’ It will take much longer than we think. And in the end, we don’t know how good a vaccine it will be. It’s another reason to have a sustainable policy in place,” he added.

“For example, we advised everybody should stay at home on Easter and 96% of people followed it. Our government is acting with suggestions, not prohibitions.”

'21st century to be Asia's century'