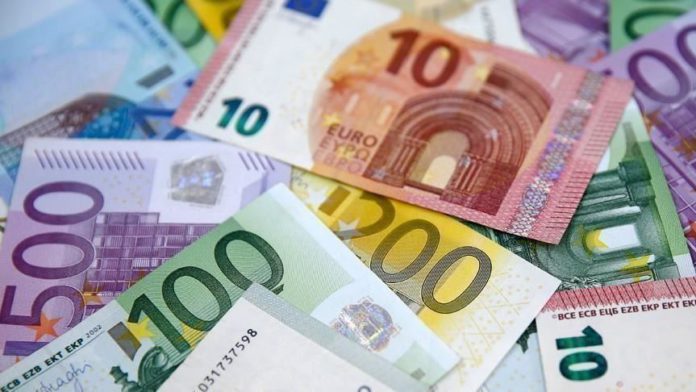 A harsh winter awaits Greece, which has been struggling with a deep economic crisis for many years, surviving with the EU support, and has recently raised its military spending, according to experts.

Amid tension in the Eastern Mediterranean and the Aegean, Greek Prime Minister Kyriakos Mitsotakis said they will buy 18 warplanes, four frigates, four helicopters and reinforce 15,000 new military personnel. Athens also reported that the country plans to spend €10 billion ($11.8 billion) on defense in 10 years.

Experts suggest that these plans will bring new burdens for the Greek economy, which continues to experience the negative effects of the economic crisis and COVID-19 pandemic.

According to data compiled by Anadolu Agency from World Bank, the country’s defense spending reached an all-time high in 2009, hitting $10.64 billion. The share of defense expenditures in the gross domestic product (GDP) was at its highest in 1977, with %5.9.

The international media draws attention to the high defense spending of Greece, and some point out that these expenditures put the country’s economy into a difficult situation.

According to Phillip Inmann’s report published in The Guardian in 2015, high defense spending of Greece “propelled by years of antagonism with its neighbor Turkey.”

According to Business Insider’s Jeremy Bender, there are three reasons why the country keeps its military spending high even during the economic crisis: “personnel costs, regional geopolitics, and domestic political pressures.”

“Greece’s military budget reflects a legacy of distrust towards every country it borders, most notably Turkey,” said Bender.

Peter Spiegel of the Financial Times also said in his article that Greece, which raised defense spending despite economic difficulties during its debt crisis, was advised to “focus on quality in this field by reducing defense spending”.

After a long period of reduction in defense spending, Greece once again raised these expenditures, Dimitris Tsarouhas, an expert at Ankara-based Bilkent University, told Anadolu Agency.

Recent announcements of the Greek prime minister point to an attempt to enhance the army’s operational capacity and invest especially in its quality, while tensions with Turkey also had a role in these attempts, said Tsarouhas.

He said that traditionally, Greece’s defense expenditure ratio is justified based on the perceived threat from Turkey, adding it is also part of the Greek commitment to defense spending within NATO.

“The government relies on EU support through the Recovery and Resilience Fund as well as tax cuts to boost domestic demand,” he also said.

Following the deep 2008-2009 economic crisis, there has been some relief in the Greek economy over the last five years with a rescue package and measures implemented, Arda Mevlutoglu, a specialist in aviation, space, defense policies and technologies, told Anadolu Agency.

He said Greece has to a great extent suspended the comprehensive and ambitious armament program launched after 1996 but its ratio of defense expenditures to GDP was at its lowest, 2.33%, not falling below $4.8-5 billion.

But, Mevlutoglu also said it is inevitable for the Greek economy to be damaged due to the COVID-19 outbreak as well as the growing tension with Turkey in the Eastern Mediterranean and Aegean, while the country’s tourism has already been adversely affected.

Stating that the procurement and modernization projects in the armament program announced by Greek Prime Minister Mitsotakis are activities that have been shelved for about ten years, Mevlutoglu said: ”These were expected to come to the agenda in a short time. The time and form of the announcement of this package is for political purposes and content.”

“After the recent geopolitical developments in Eastern Mediterranean, it looks like Greece is trying to surround Turkey by developing military alliance with Egypt and Israel,” he added.

“Greece has already been a very important market for the global defense industry due to regional competition with Turkey. The most important suppliers are France, Germany, and the US,” said Mevlutoglu on whether international actors are fueling the tension in the region.

Mevlutoglu also said Greece may increase its purchases from France.

“Focusing on the Eastern Mediterranean, it can be expected that the US, which has tightened its relations with the Greek Cypriot administration and Greece, will increase its sales to this country and in this context, F-35 sales will be on the agenda in the short term,” said Mevlutoglu.

“Israel, which has stood out as another defense industry and military cooperation partner of Greece in recent years, should also be added to the list. That’s why Greece had recently hired Heron-type UAVs from Israel. Purchases for different systems can follow this,” he added.

Mevlutoglu also noted that Greece’s tendency towards procurement and modernization, which will increase its operations and maneuverability on a modest scale, with the relief achieved in the economy in recent years, should be evaluated not only from the Greek or Aegean perspective, but in the context of Europe’s new geopolitical identity.