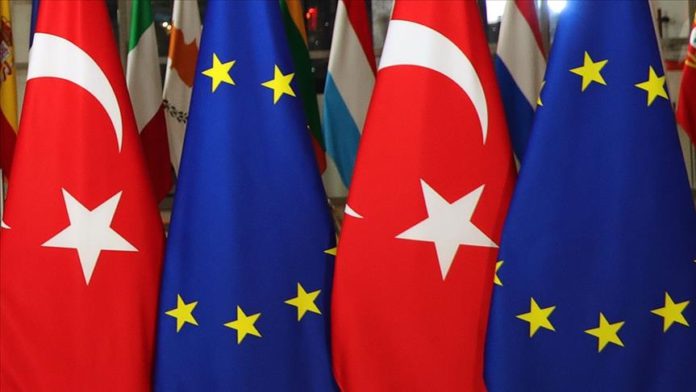 Underlining the importance of dialogue and negotiation in relations between Turkey and the European Union, experts said Monday they don’t expect harsh sanctions on Turkey from an EU leaders summit later this week.

Speaking to Anadolu Agency, Emre Gonen, a political scientist at Istanbul Bilgi University, stressed that the EU has never had a foreign policy consensus.

Underlining the fact that Turkey is still a candidate for EU membership, he also reiterated Turkey constitutes a bulwark for NATO in the Eastern Mediterranean.

Amid recent tensions in the region, Greece and the Greek Cypriot administration have increased their pressure on other EU members to impose sanctions on Turkey during the Dec. 10-11 summit.

Turkish leaders have repeatedly stressed that Ankara is in favor of resolving all outstanding problems in the region through international law, good neighborly relations, dialogue, and negotiation.​​​​​

On the prospect of harsh sanctions being taken against Turkey at the summit, Gonen said he expects good sense to prevail on both the Turkish and EU sides, which he said need each other.

Decrying the disinformation campaign of Armenian Prime Minister Nikol Pashinyan to paint Turkey as an aggressor state, he stressed that Turkey should be vigilant.

“Presently, Turkey is at a historical moment. It should decide how it will position its military and soft power in order to be influential in a global context,” he said.

Birgul Demirtas, a political scientist at Turkish-German University in Istanbul, underlined that Greek Cypriot administration of Southern Cyprus being admitted to the EU in 2004 – despite it rejecting an UN plan for the divided island – profoundly changed policies on regional problems, including the Caucasus and the Middle East, also blaming diverging norms and values for the crisis in Turkish-EU relations.

“However, I see the possibility of harsh sanctions from the EU summit is low. Various mutual economic and strategic interests will prevent harsh rhetoric against Turkey from turning into harsh sanctions,” she added.

Oil prices gain with decline in US dollar index