TurkishPress
Home News Harris: Justice has not been done for Breonna Taylor 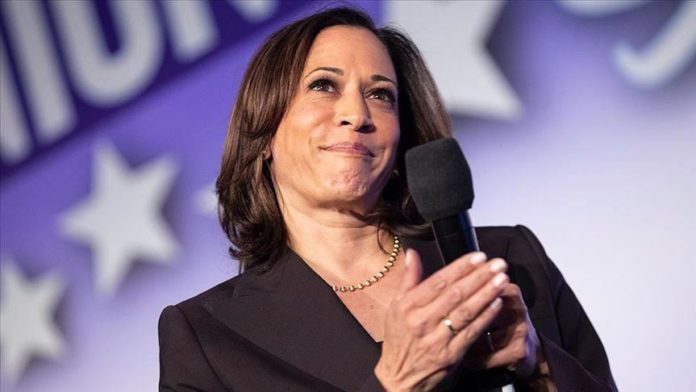 A 26-year-old Black medical worker who was fatally shot in her home when Louisville, Kentucky police were attempting to execute a search warrant has not received justice, Democratic vice presidential nominee Kamala Harris said Wednesday.

Asked if “justice was done,” Harris said during the sole vice presidential debate that Breonna Taylor’s life “was taken unjustifiably, and tragically, and violently.”

Taylor was shot eight times in her home in March as officers and her boyfriend exchanged gunfire after police executed a no-knock warrant during a narcotics raid. Police have said they announced themselves, but Taylor’s boyfriend has said he did not hear them do so.

Louisville has since banned no-knock warrants. Officer Brett Hankison, who was fired in June, was indicted only on three counts of wanton endangerment in the first degree. The charges stem from shots fired into an adjacent property during the raid, but not in connection to Taylor’s death.

A grand jury opted not to charge the two other officers who were executing the warrant.

In stark contrast to Harris, Vice President Mike Pence maintained that justice has been done, saying “I trust our justice system, a grand jury that refused the evidence.”

“It really is remarkable that as a former prosecutor, you would assume that an empaneled grand jury looking at all the evidence got it wrong. But you’re entitled to your opinion,” Pence said.