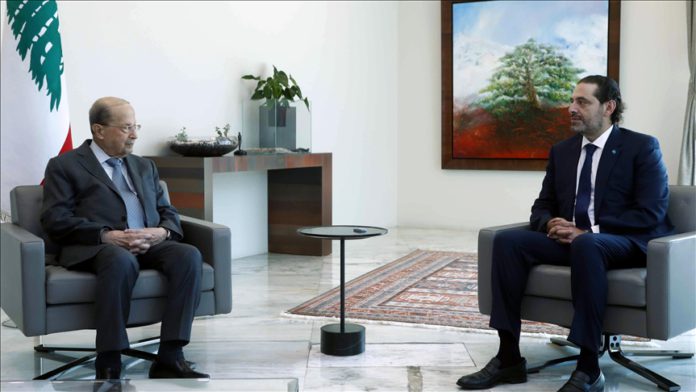 Addressing a press conference after his meeting with Aoun, Hariri said the new lineup includes 24 specialist ministers in line with a French initiative.

“For me this government can start to rescue the country and stop the collapse,” Hariri said.

The new formation comes one month after Hariri presented a cabinet proposal that was rejected by Aoun.

Hariri said he hopes to get a response from Aoun on the new cabinet lineup on Thursday.

Lebanon has been unable to form a new government since the resignation of Hassan Diab’s cabinet on Aug. 10, 2020, six days after the massive blast that hit Beirut’s Port.

Hariri announced his new government proposal shortly after he returned from Cairo where he held talks with Egyptian President Abdel-Fattah al-Sisi, who reiterated his country’s support to the prime minister-designate to form a government in Lebanon.

Over the past months, both Hariri and Aoun exchanged accusations of hindering the government formation with Hariri accusing the Lebanese president and his Hezbollah ally of seeking to obtain one-third of the cabinet seats.

The one-third of cabinet seats means having a veto power over the government’s decisions and policies.

The Arab country is facing a severe economic crisis, with the local currency losing nearly all its value against US dollar. Streets across the country have been blocked by protests and rallies over the crisis, the worst since the country’s civil war.

Death toll from heavy rains in Brazil rises to 171