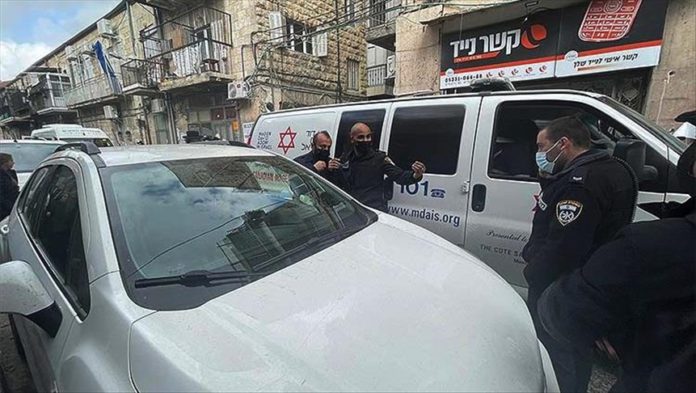 The attackers shattered the car windows, snout and license plate and threw feces and stones into the vehicle.

Police forces were dispatched to the neighborhood following the attack.

A group of Haredis at the scene attempted to attack the news crew with stones and sticks.

Surviving the assault without injuries, the Anadolu Agency team filed a complaint against the attackers.

Israeli police confirmed the attack in a written statement, saying attackers hurled feces into the vehicle and shattered its window.

Security officers, who arrived at the scene, managed to rescue the news team, and authorities opened an investigation into the incident.