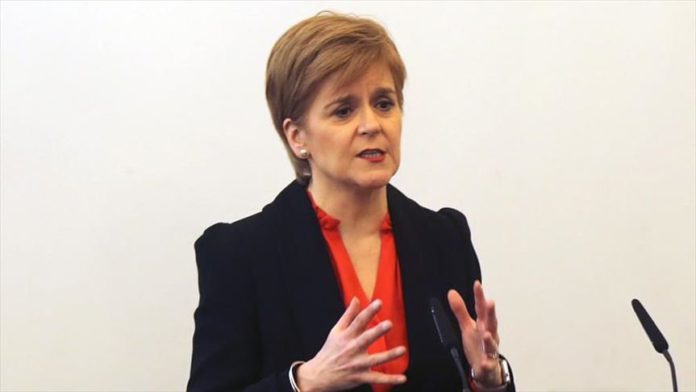 Scottish First Minister Nicola Sturgeon told a Scottish radio station on Friday that it was “hard to not conclude” that US President Donald Trump is a racist.

Her comments came in the wake of US and international protests against the killing of George Floyd at the hands of American police officers, an event that has shone a spotlight on structural racism across the world, including the US and UK.

Speaking to Radio Clyde and Radio Forth in an interview aired Friday morning, Sturgeon was asked if she thought Trump was a racist.

“I think sometimes it’s hard to not conclude that,” she said. “What I always say when I’m asked questions like that is I can’t see inside his head.”

“I’ve been asked that before about comments Boris Johnson has made about Muslims and do I think he’s a racist,” she said.

“It’s not an unwillingness to confront the issue, I don’t know what goes on inside Donald Trump’s head — maybe that’s a good thing. But, I do know that the language you use and how you express yourself matters. If you don’t want to be accused of racism, then don’t use racist language,” she said. “Don’t sound as if you are equating people who protest against racism with people who take to the streets in order to try to perpetrate racist values and attitudes.”

Sturgeon spoke of the need for a particular kind of leadership at times of popular unrest: “I think at moments like this, whether it’s America or any other country, you need a leader — difficult though it is and none of us are perfect in any of these situations — that tries to bring people together and heal divides and address underlying issues and not one that seems to want to further polarise and provoke and force people into on two different sides.

“I don’t know, I say this with no malice or relish. I don’t know whether Donald Trump is capable of that kind of leadership, but if there’s ever a moment for him to prove that he is then surely that moment is now.”

Sturgeon added that the UK must also look in the mirror as no country is immune from racism or does not have issues with racial inequality.

In Scotland, she highlighted that the Scottish parliament has yet to see an ethnic minority woman elected to its ranks.

“However legitimate I think it is to be critical of Donald Trump’s leadership we should also be looking at ourselves in the mirror because there is no country nor society, and I include Scotland in this, that is immune from racism or doesn’t still have issues of racial injustice and inequality,” she said. “I sit as First Minister in a parliament that is still in its 21 years of existence had too few people elected to it from our ethnic minority communities, it’s never had an ethnic minority woman elected to it.”

“We all have big issues to confront, so, yes, let’s focus on America and let’s put pressure on Donald Trump and America, but let’s not forget that we have our own houses to put in order as well,” she said.

The US has seen protests since last week when a video went viral showing Floyd being pinned down by Derek Chauvin, a white police officer in Minneapolis, Minnesota, as he was being arrested. 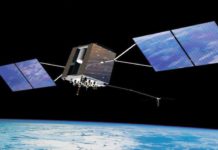 Britain and US accuse Russia of testing space weapon 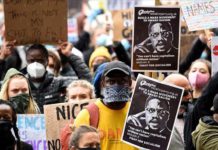 US thanks Turkey for 'generous donation' of virus aid