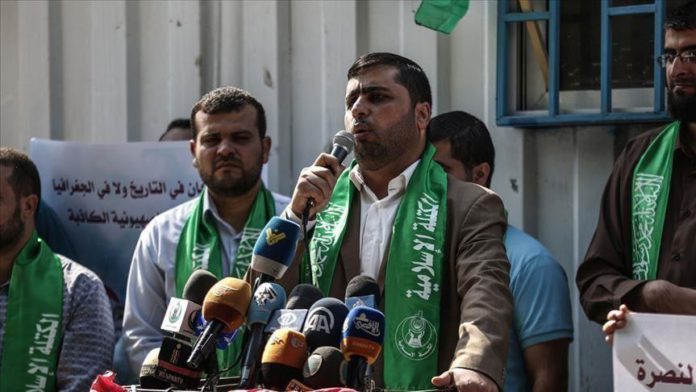 Palestinian resistance group Hamas on Friday called on the UN to put pressure on Israel to stop torturing Palestinian prisoners.

This came In a statement by Abdul Latif al-Qanoua, the group’s spokesman, on the International Day in Support of Victims of Torture being marked today.

“The continuous torture of prisoners of war by Israel requires a diplomatic action to take its leaders to international courts,” al-Qanoua said.

According to a report issued by the Palestinian Prisoners’ Society (PPS), 95% of Palestinian detainees in Israeli prisons have suffered torture.

“Detainees are subjected to sleep deprivation through continuous interrogation sessions for up to 20 hours […] preventing blood circulation from reaching their hands, covering their head with a dirty bag, as well as continuous, beating, slapping, kicking, verbal abuse and intentional humiliation,” PPS said in a statement.

The Israeli authorities also threaten the detainees with arrest, sexual abuse and killing of their family members, and demolishing of their homes.

The number of Palestinians in Israeli prisons currently stands at around 5,000 detainees.