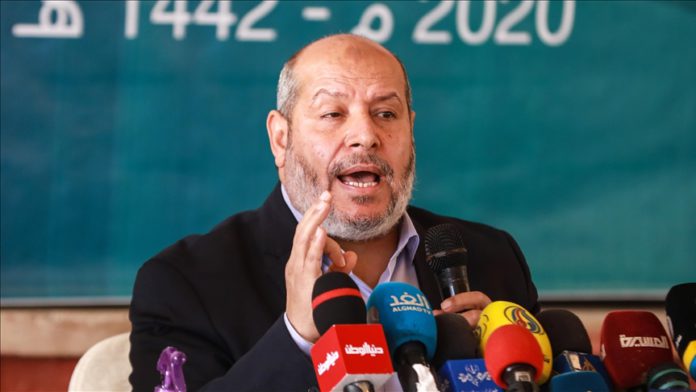 Palestinian group Hamas said Saturday it will not accept any delay in the reconstruction of the Gaza Strip or lifting the years-long blockade following last month’s Israeli bombardment of the seaside territory.

“Mediators told us that there are requirements to cement the cease-fire,” Hamas deputy leader Khalil al-Hayya told the group’s Al-Aqsa TV channel. “We do not accept prolonging the reconstruction or manipulating mechanisms of breaking the siege.”

Al-Hayya also reiterated Hamas’ refusal to “link the file of prisoners to any other negotiating track”, accusing Israel and its allies of “trying to undermine Hamas’ achievements in the latest fighting between the two sides by despairing people and flaming rivalries.”

At least 260 Palestinians were killed and thousands injured in 11 days of Israeli bombardment of the Gaza Strip in early May against the backdrop of an Israeli court ruling to evict Palestinian families from their homes in the Sheikh Jarrah neighborhood in occupied East Jerusalem. Thirteen Israelis were also killed by Palestinian rocket fire from the Gaza Strip.

While Israel conditions the release of four Israelis held captive by Hamas for allowing the reconstruction of the Gaza Strip, the Palestinian group rejects any link between the two issues, saying it will only release the hostages in exchange for Palestinians in Israeli prisons.

Hamas has captured two Israeli soldiers following the Israeli military offensive on Gaza in 2014. Two other Israelis are believed to have been held after they entered Gaza under unclear circumstances.

Israel has imposed a crippling siege on the Gaza Strip since the summer of 2007, which has badly affected livelihood in the Palestinian territory.