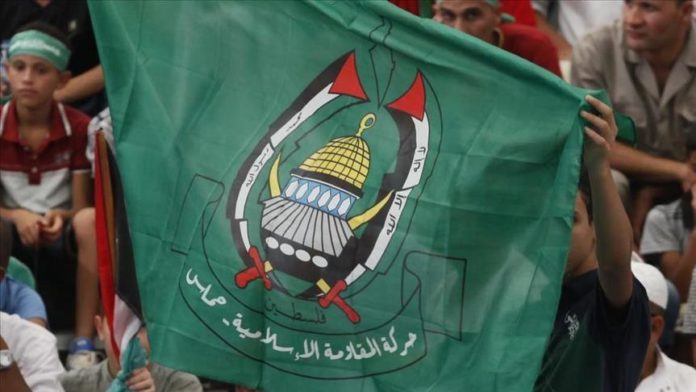 The Palestinian resistance group Hamas is being misrepresented in the mainstream media, an Israeli historian said Wednesday.

Ilan Pappe made the comments in an online seminar on Hamas’s foreign policy hosted by the UK-based Cordoba Foundation with the participation of prominent intellectuals from the UK, Turkey and South Africa in which a new book was launched titled “Engaging the World: The Making of Hamas’s Foreign Policy” published by South African think-tank the Afro-Middle East Centre.

Pappe said the book is an attempt to refute the misunderstandings about Hamas and the Palestinian struggle propagated by the world’s mass media.

In his introduction to his book, Daud Abdullah said Hamas went through different stages since its establishment in 1987 and made efforts to advocate for the Palestinian struggle and dealt based on reality with establishing relations with countries that were hostile to the Muslim Brotherhood’s school of thought — the same school of thought for Hamas — such as Libya and Syria.

Abdullah said Hamas designed its foreign policy to address three circles: the Arabic circle, the Muslim world circle, and a third wider circle addressing the international community. It managed after winning a majority in 2006 parliamentary elections to establish relations and contacts with countries including Russia, Switzerland, China, South Africa and Malaysia.

Commenting on Hamas’ foreign policy, Clare Short, former UK Secretary of State for International Development, said the accusation of terrorism against Hamas was similar to the accusation against former South African President Nelson Mandela, and such an accusation will come to an end at a certain stage.

Short, who visited Gaza and met with Hamas leaders following the war on Gaza in 2008, added that the world was mistaken by not engaging with Hamas, as it is a legitimate representative of the Palestinian people based on the 2006 parliamentary elections.

The Hamas movement is the main rival group to Palestinian President Mahmoud Abbas’s Fatah party, which won the last Palestinian parliamentary elections in 2006. Since then, the situation between the two rivals has escalated and led to a split, leaving Hamas in control of Gaza while the West Bank was kept under Fatah’s rule.