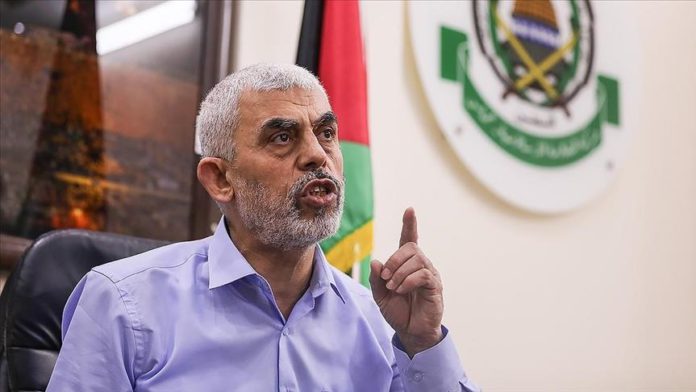 Hamas leader in Gaza, Yahya al-Sinwar, on Monday warned Israel against continuing its years-long blockade on the Palestinian territory.

Sinwar held a meeting on Monday with UN Middle East envoy Tor Wennesland at his office in Gaza City.

“Israel is still continuing its policies against our people and prisoners, and there is no sign of solving the humanitarian crisis in Gaza,” Sinwar said. “Israel is blackmailing the resistance on easing (the blockade) on Gaza.”

Sinwar said Hamas has informed the UN envoy of its rejection of the Israeli blackmail. “We told the United Nations delegation of our intention to hold a meeting with the leaders of the national and Islamic factions in Gaza to study the next step,” he said.

The Hamas leader continued, “the current situation requires the practice of popular resistance in a clear way in order to put pressure on the occupation again.”

Earlier on Monday, Wennesland arrived in Gaza through the Israeli Erez terminal as part of efforts to solidify a cease-fire deal between Hamas and Israel and ease the Gaza siege.

On Sunday, a well-informed Palestinian source revealed to Anadolu Agency that Palestinian resistance leaders decided to give Arab and international efforts an opportunity to “make achievements on the issue of the blockade imposed on Gaza and end the suffering of its residents”.

The source said that the coming days will witness “more movements and diplomatic efforts to achieve this.”

An Egyptian-brokered truce came into force on May 21, ending 11 days of fighting between Israel and Palestinian resistance factions in Gaza.

Death toll from floods in Belgium rises to 12